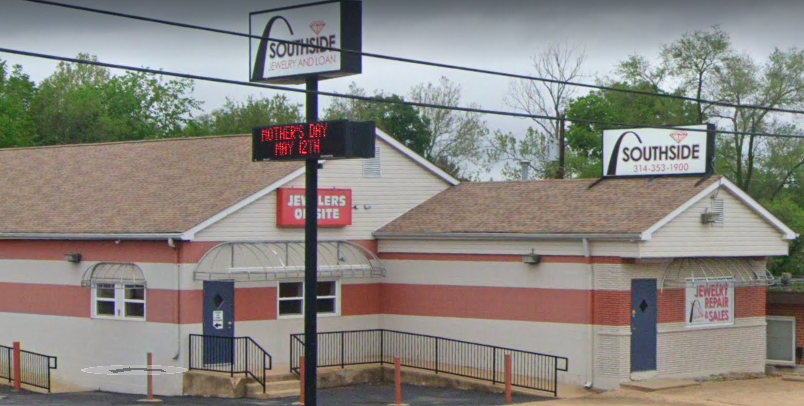 A burglar alarm at 1:10 a.m. alerted St. Louis County police who dispatched officers to Southside Pawn and Jewelry, 8101 Gravois Road. A window on the west side of the building had been shattered, and chunks of concrete lay on the ground. But if the entry was a little crude, the rest of the heft was surprising in its coordination.

Police say as many as ten people in at least six cars, all working in concert, unloaded 34 semi-automatic weapons — 32 handguns and two rifles — from the sprawling pawn shop before escaping.

That's a significant amount of firepower to disappear into the night, and county police are working the case with the help of federal agents from Bureau of Alcohol, Tobacco, Firearms and Explosives.