St. Louis Restaurants Could Open May 18, But Others (Including City Hall) Are Questionable 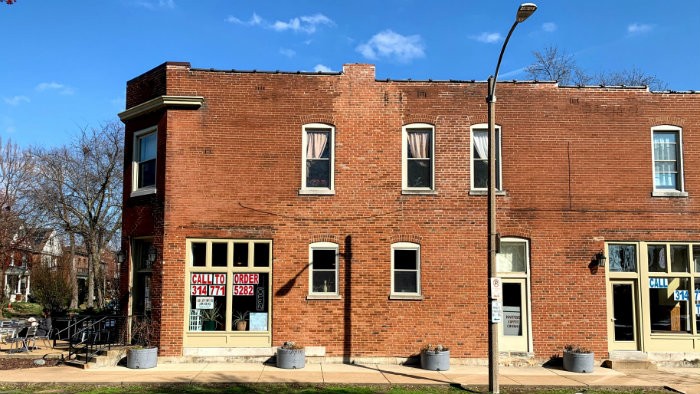 As St. Louis prepares for what Mayor Lyda Krewson calls a "soft" opening on May 18, information about exactly what types of businesses and services that will include is still sketchy.

Orders that closed restaurant dining rooms and bars in March are likely to end, although employees of any business that serves the public will have to wear masks, Krewson said during a Facebook Live broadcast. But she sounded less certain about other types of businesses, including hair salons, tattoo parlors and childcare centers.

Asked if City Hall would open again for regular business, Krewson said they've been working on a plan, but she doubts they'll be ready by that Monday.

"We can't flood City Hall with visitors on May 18," the mayor said.

The city and county have been coordinating their reopening plans, with St. Louis County Executive Sam Page and Krewson both announcing yesterday that they'd start easing restrictions on May 18. They have cited some signs that that transmission of the virus seems to be angling down. Dr. Alex Garza, who is leading regional response as incident commander of the St. Louis Metropolitan Pandemic Task Force, said during a briefing today that they've been tracking seven-day rolling average in the data sets. The task force pays particularly close attention to hospitalizations as they try to assess transmission rates.

The region is averaging about 39 new patients per day, "which again is pretty low." Monday was the best day with 29 admittances.

"This is a trend," Garza said. "We're going to keep our eye on it, see how it changes going forward, but it's another positive sign that we're really headed in the right direction."

He attributes that to people generally following stay-at-home orders and taking other precautions. Determining when it's safe for businesses to reopen is trickier, though. A lot of it depends on those businesses making changes to minimize transmissions. He gave the example of grocery stores, which have put up spittle-blocking barriers along their checkout lines and created new cleaning procedures.

Garza and Krewson emphasized that the general public should continue to follow Centers for Disease Control guidelines as well. Ten-person limits on gatherings are expected to continue indefinitely, and officials will continue to recommend social distancing.

"You're the one that has to take responsibility for your own health," Krewson said.

As of today, the city has had more than 1,300 confirmed cases of COVID-19, including 78 deaths. The county has recorded more than 3,600 cases, and it has now hit 200 deaths. There are twelve days until May 18, and Krewson and Page have promised to provide more details about "easing" toward reopening before then.

"That change comes with some risk," Krewson said, "and we don't want to blow the gains that we've made so far."