Man in Surgical Mask Robs Woman in Drive-Thru of St. Louis Jack in the Box 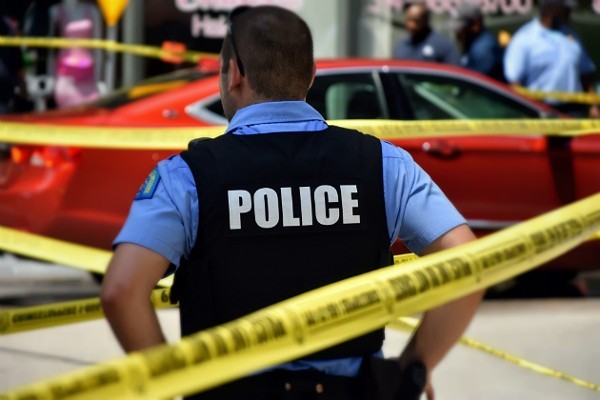 Police are searching for a suspect who they say robbed a woman at gunpoint while wearing a surgical mask Tuesday afternoon in the drive-thru of a Jack in the Box restaurant.

The incident happened around 1:48 p.m. at the Jack in the Box at 2135 South Grand Boulevard. A police report states that the victim, a 23 year old woman, was waiting in the drive-thru line of the restaurant when a man wearing a surgical mask approached he window and asked for some change.

He then pulled a gun and demanded she hand over her money, according to the report. The woman complied, and the suspect promptly walked away, police say.

When police arrived at the scene they began searching the area for the suspect. During their search, they were approached by a man who told them he'd just been robbed at gunpoint by a man matching the description of the suspect who'd allegedly robbed the woman. The man stole the second victim's headphones in the alley at the 2100 block of South Grand, police say.

Police describe the suspect as an Asian man between the ages of 20 and 35 years old, with black hair. He is estimated to be about 5'11" to 6'0, weighing between 140 and 150 pounds. He was wearing grey sweatpants, a blue jacket, a black baseball cap and a blue surgical mask at the time of the robberies, police say.