Was Cherokee Street Hit by a Tornado?

by Doyle Murphy and Daniel Hill 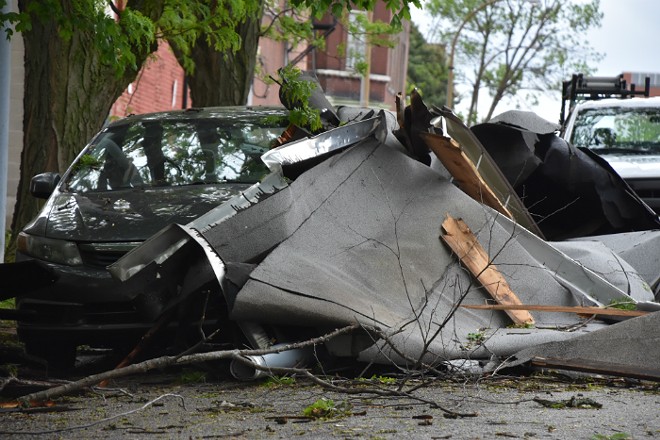 About 8 p.m. on Tuesday, St. Louis Alderman Dan Guenther was at a friend's place off of Cherokee Street celebrating one of the new events of our current lives — a social distancing birthday party — when an powerful wind blasted through the neighborhood.

"We heard the roar, and then the shingles started coming off the garage," says Guenther, who represents the Ninth Ward.

Power lines sparked, and a transformer blew, Guenther says. Through the neighborhood, winds ripped roofs off, threw debris into the streets and snapped limbs off trees. No one was injured, but Guenther says twelve houses lost roofs during the sudden storm. He later watched a video showing what appeared to be the characteristic swirl of a tornado.

"It pretty much went straight down Cherokee from Nebraska to Broadway," Guenther says.

Whatever it was, the damage kept crews from the city and Ameren busy through the night, clearing away debris and restoring power. Roughly 600 houses lost electricity.

"It was a very good response by the city to get the lights back on and stop signs back up," Guenther says.

By Wednesday afternoon, most of the trees and piles of tar paper from roofs had been cleared from the roads, and life was returning to normal pandemic routines. 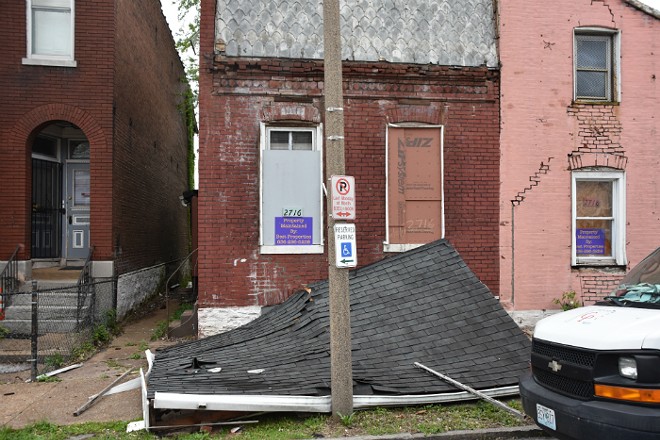