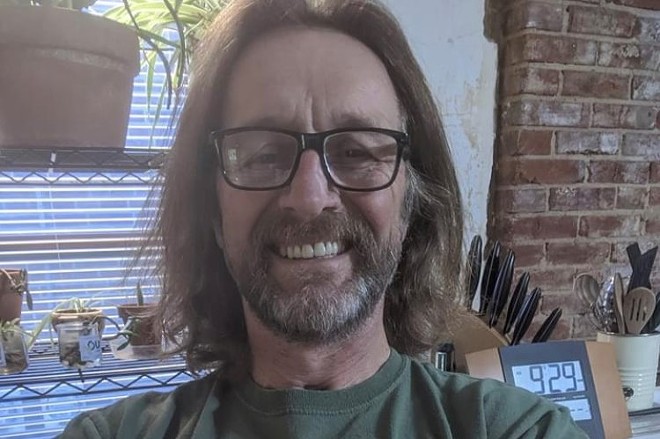 A St. Louis bicyclist who was the victim of a hit-and-run that was captured on a widely shared video this week was left with broken vertebrae in his neck, cracked ribs and a punctured lung.

Joe Oder is the name of the man who was struck head-on while riding his bicycle, according to a fundraiser launched to help with his medical costs. The collision was recorded by a home security camera and shared by RFT on Wednesday.

The shocking video shows a dark-colored sedan mowing Oder down on Wednesday morning around 10 a.m. before punching the gas and leaving the bicyclist lying motionless in the street.

"Wednesday morning Joe was involved in a horrific hit-and-run accident while riding his bicycle," reads the description of the fundraiser. "Joe is an avid bicyclist and is alive because he always wears a helmet. He was hit head-on by a driver who left the scene, leaving Joe lying in the street with injuries."

The bio for the fundraiser then goes on to explain that Oder is a server who is currently unemployed due to the stay-at-home orders aimed at slowing the spread of coronavirus. The GoFundMe's goal is set at $10,000, but the bio says that the amount required to cover Oder's medical bills and costly rehab will likely be much greater than that.

Police say they are still looking for the suspect in the case. They say they believe the suspect is a white male. Meanwhile commenters on the video believe they have identified the vehicle the suspect was driving; it is thought to be a black or dark blue Chevy Malibu manufactured between the years of 2008 and 2012, with tinted windows and a broken windshield.

"I believe Joe would do anything he could to help his friends so I wanted him to not have to worry about the medical bills and concentrate of getting well," reads the fundraiser's bio.

If you'd like to donate, you can do so here.