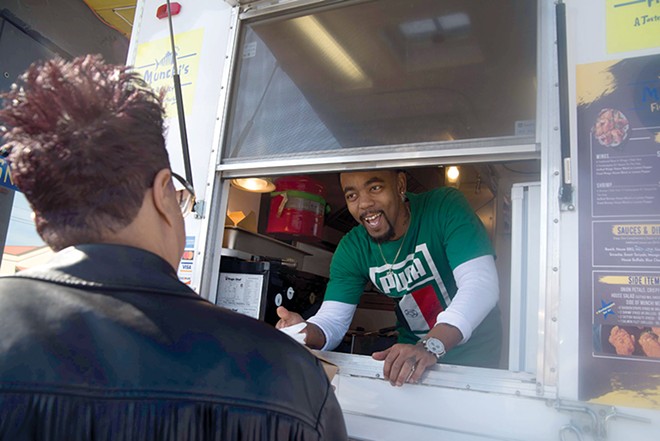 Dimetrious Woods, who has battled two Missouri attorneys general for his freedom, has been granted clemency by Gov. Mike Parson.

The governor announced today that Woods would be allowed to serve the remainder of his 25-year sentence on house arrest.

"This was an act of mercy for a man that had changed his life," Parson says in a statement. "Placing him on house arrest was the right choice under these unusual circumstances.”

Woods' evolving case was the focus of multiple Riverfront Times features written by Danny Wicentowski, dating back to 2016. The former drug dealer was convicted in 2007 of trafficking cocaine. He was prosecuted as a "prior persistent drug offender" under Missouri's version of "three strikes" law that allows for harsher terms for people with previous convictions. Crucially in Woods' case, he was sentenced without possibility for parole.

Woods had been convicted of second-degree assault as a sixteen-year-old and drug trafficking as a seventeen-year-old.

Missouri later amended the persistent drug offender law, but the state refused to apply it to people already in prison, such as Woods. In 2017, he sued and won the right to a parole hearing, eventually leading to his release.

In the years since, he has operated multiple businesses in Columbia, Missouri, counseled the families and friends of others still in prison and generally proven to be a model citizen. But former state Attorney General Josh Hawley appealed the decision that allowed his release. When Hawley hopped to the U.S. Senate, his successor Attorney General Eric Schmitt continued the campaign to lock up Woods again.

It appeared Schmitt was going to get his way after the Missouri Supreme Court ruled against Woods, putting him on a path to return to prison within the coming weeks or months. His attorney, Kent Gipson, had written to Schmitt in a last-ditch attempt to get the attorney general to drop his appeal, but until today it seemed Woods would be heading back to prison in the midst of a pandemic.

It was not immediately clear what persuaded Parson to act. The governor stopped short of full clemency, leaving Woods under the restrictions of parole, but it's still a victory for the former-inmate-turned-entrepreneur.