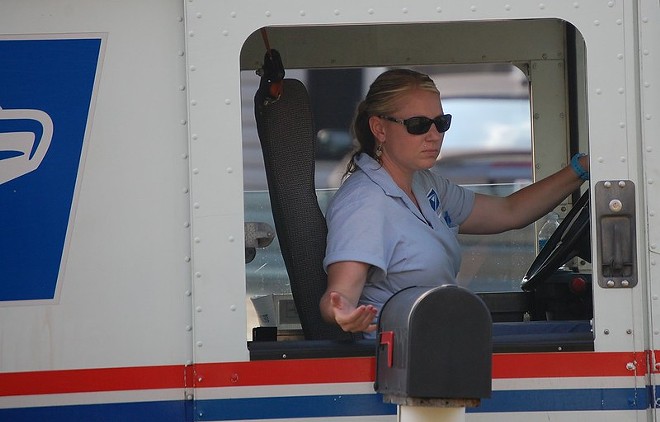 In light of the absolute shitshow that was Wisconsin's primary earlier this month, in which many of those who wished to vote were forced to go out and do so in the middle of a global pandemic, the American Civil Liberties Union has joined forces with the Missouri Voter Protection Coalition to file a lawsuit aimed at protecting absentee voting by mail in the state of Missouri.

In a statement released Friday afternoon, Missouri's ACLU chapter announced the lawsuit, which is filed on behalf of the NAACP of Missouri, the League of Women Voters of Missouri and several individuals, and is directly related to the unprecedented danger wrought by the coronavirus.

"Given the COVID-19 outbreak, the American Civil Liberties Union, ACLU of Missouri and Missouri Voter Protection Coalition filed a lawsuit today seeking to make absentee mail-in balloting available to all eligible voters in Missouri," the statement reads in part. "Requiring voters to be physically present at their traditional polling places during the COVID-19 pandemic — where they will be congregating and waiting in line with others in order to vote — is contrary to the advice of public health experts and puts people's lives at risk."

According to the ACLU, most states allow any eligible voter to vote by mail-in, absentee ballot if they so choose, whereas Missouri requires those who would do so to provide an approved reason. One of those reasons deemed acceptable is "incapacity or confinement due to illness or physical disability."

The suit, then, aims to clarify whether or not self-confinement due to coronavirus concerns will fall under that reasoning, thereby opening mail-in voting up to all those who are making the decision to follow the opinion of health experts and politicians alike and stay at home, "in order to prevent large-scale disenfranchisement and to secure public health."

The suit further charges that to not allow no-excuse mail-in voting, or to not at least apply the aforementioned acceptable excuse to the health crisis at hand, would be a violation of the Missouri Constitution and state voting laws.

"No one should be forced to choose between staying safe and voting," writes Sophia Lin Lakin, deputy director of the ACLU's Voting Rights Project. "Extending absentee ballot access to all registered voters during the pandemic is a common-sense solution that protects people's health and their right to vote."

It'll be interesting to see where the suit goes in the red state of Missouri. Historically, voter disenfranchisement has worked in the favor of Republicans — Trump himself even suggested just last month that Republicans would "never" win an election again if it was made easier for more people to vote. (In light of that fact, his administration's decision not to bail out the cash-strapped United States Postal Service in the midst of a pandemic should raise some eyebrows.)

Those same concerns fueled opposition in the state of Wisconsin to the decision to force people to go out into a pandemic and cast their ballot — critics alleged that the "R" side was stacking the deck in their favor by attempting to depress voter turnout.

Interestingly enough, though, if that was the plan, it didn't work. Now let's see how things go down in Missouri.