Broadcast Bigot Bob Romanik Goes Off The Air (For Now) 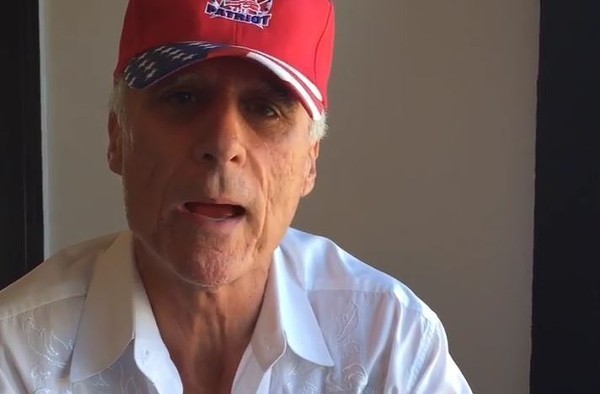 Silence. That's what listens get when they tune into KQQZ (1190 AM). The dead air signals that, for perhaps the first time in a decade, radio audiences find themselves without Bob Romanik's racist griping about "greasy n——-s" and the plight of "proud whites" like himself.

The Metro East shock jock known as the "The Grim Reaper of Radio" has long claimed persecution for his free speech while insisting that he has no personal hatred for black people. But, as we've previously reported, it's not Romanik's words that have come back to bite him.

Now, it appears that a real reaper, in the form of the Federal Communications Commission, has finally done what complaints from politicians and editorials couldn't: End a the bafflingly long-lived racist radio call-in show.

"As soon as I say something about the n——-s," Romanik said at the top of his show on Friday, "everybody gets excited. I'm far from being a racist. As I've said a thousand times, I've done more for blacks than most anybody in this area."

The Friday show began as it normally does, with an announcer introducing the show as "WAR" or "white awareness radio."

The announcement continued: "The first and only radio station in the county that has the nerve and guts to stand up, not against the proud black community, but instead to stand up, and speak up, for the proud white community."

That Friday show stands as Romanik's last-ever on KQQZ. That station is one of four whose ownership — on paper connected to a company named "Entertainment Media Trust" — came under increasing scrutiny by federal regulators last summer. In June, the FCC announced that it had found "substantial and material questions of fact" as to whether Romanik, a twice convicted felon, was hiding his de facto ownership of the stations.

Romanik has never hidden the fact that he has a criminal record. In 1997 he pleaded guilty to federal charges for obstruction of justice. At the time, he functioned as a corrupt police chief in Washington Park, Illinois, while operating as what federal prosecutors described as muscle for an illegal gambling operation. (He admitted gleefully to an RFT reporter in 2012 that "I probably lied 600 times" to the federal grand jury.) Two years later, Romanik again pleaded guilty to federal charges, this time for bank fraud, and served sixteen months in a federal prison.

But in allegedly hiding his ownership of the radio stations through shell companies and relatives, Romanik courted danger with federal regulators. In January, after months of delays, an FCC administrative judge effectively gave the Entertainment Media Trust's attorney an ultimatum: show up for hearings in Washington D.C., or to lose the license renewals on all four stations.

That deadline, set for February 10, came and went. One week later, the FCC formally rejected the stations' applications for license renewal. But Romanik persisted.

Seemingly without license, Romanik returned to the mic day after day as the Grim Reaper of Radio. He took callers who introduced themselves as "proud whites" while echoing Romanik's language of disgust toward black people. In this safe space, they complained to Romanik about "n——— gone crazy driving" or the harm done to proud whites by the prominent appearance of black people in advertisements and billboards.

On Friday, Romanik's first caller was Bob Burns, a Democratic Missouri State Representative who in 2018 fended off calls from his own party to resign after his frequent call-ins to Romanik's show were exposed.

Burns, who is term-limited in the State House and is now running for a seat on the St. Louis County Council, told Romanik, "I think it's terrible they're going after you, taking you off the air."

Burns made no mention of Romanik's insistence on calling black people racial epithets, though the politician did spend several minutes referencing his black friends who could apparently attest to his own non-racism.

Now, Romanik is off the air, seemingly for the foreseeable future. Toward the end of his final show, the shock jock vowed he'd return to broadcasting in a matter of weeks, though it's not clear who would take him on as on-air talent.