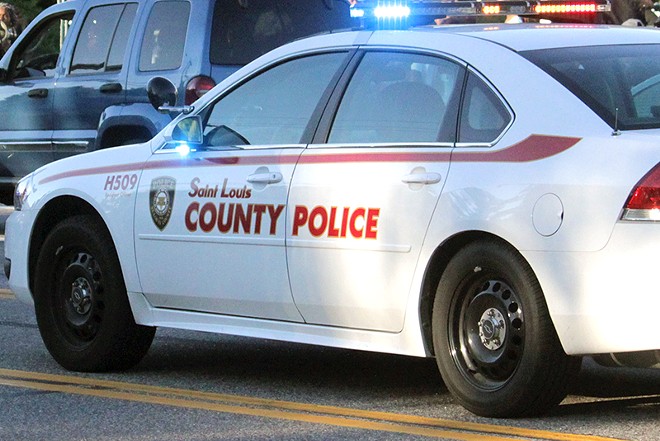 A St. Louis County police officer who contracted COVID-19 has recovered and is back to work.

Officer Nathan Phillips, 35, tells the Riverfront Times the virus passed through his family, hitting his teenage stepson and wife first.

"He started coughing first, and then my wife started getting symptomatic," Phillips says. Within a few days, the patrol officer was coughing too and tested positive. By that time, he was already self-quarantining at home because of his family members' symptoms.

"I would say for us it was very similar to the flu," Phillips says.

He and his wife had aches and fevers. A few days in, he would find he was short of breath just walking up the stairs of their home. But it never got so bad for them that they had to be hospitalized. As they recovered and waited out the quarantine, they passed the time in ways that many across the country have over the past month or more. They organized the house. They mulched. "We watched Tiger King, as entertaining as that was."

In a statement, the police department says Phillips followed recommendations from the county health department and Centers for Disease Control and Prevention before returning to work. No other police officers in the county have tested positive.

“I am thrilled to have Officer Phillips return to work," police Chief Jon Belmar says in a statement. "Knowing that first responders are not immune to COVID-19, it speaks to his dedication to duty and willingness to serve the citizens of St. Louis County. I am very proud to have him, and many others of his caliber, so prevalent in our police department.”

The St. Louis County Police Department announced on March 28 that one of its officers had tested positive. Phillips wasn't publicly identified at the time, but he says he read the comments on the department's Facebook page.

"There was a lot of love and support and prayers," Phillips says. "That meant a lot."

Now that he is healthy again, he has returned to patrolling north St. Louis County's First Precinct, which covers Hazelwood, Florissant and part of Jennings — some of the areas hardest hit by the spread of the virus. More than 1,600 people countywide have been infected, and 42 have died.


Phillips says he talks to people about his experience and tries to give them hope that things will get better if they're infected. He advises everyone to try to stay healthy — eat well, exercise and keep your distance from people — so that their immune systems are as strong as possible.

"I think it's much better to have hope," he says, "and realize there's a light at the end of the tunnel."