Sheena and Eric Greitens Are Splitting Up 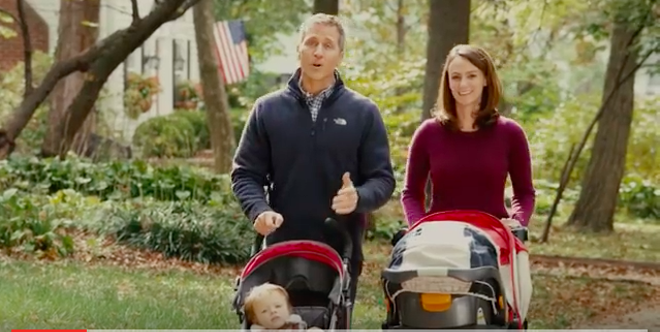 Sheena and Eric Greitens are calling it quits on their marriage, Missouri's former first lady announced this morning on Twitter.

Sheena Greitens, an assistant professor at the University of Missouri and co-director of the university's Institute for Korea, posted a joint statement from her and the disgraced ex-governor.

"After much reflection, counsel, and prayer, we've made an amicable decision to end our marriage, and move forward as co-parents who love our children," the statement reads.

Eric Greitens resigned from public office in 2017 after battling a scandal fueled by an extra-marital affair and allegations of criminal campaign finance violations.

A felony computer tampering charge — he was accused of improperly using a list of donors from his charity for political purposes — was dropped by St. Louis prosecutors when Eric Greitens agreed to resign as governor. Prosecutors had previously dismissed a felony invasion of privacy charge during jury selection, and a special process declined to refile the case.

In recent weeks, the ex-governor has been on publicity tour to revamp his image, pedaling George Soros conspiracy theories on former Trump deputy assistant Seb Gorka's far-right podcast, appearing in-studio on Fox News in New York City in mid-March and then returning to Missouri where in late March he handed out boxes of face masks to police and firefighters throughout the state.