Tower Grove South mother of four Jessica Mask is quick to point out that this pandemic has been a lot harder on other people than it has been on her. But having said that, it isn’t exactly a vacation at home with her three youngest kids: a kindergartener, first grader and fifth grader. (Her oldest is in college.)

All three attend St. Raphael the Archangel School in St. Louis Hills, and Mask says the school has done a good job communicating to parents, scheduling video calls and setting up Google classrooms. But even under these circumstances, it’s still a daily struggle sorting through the mountain of emails the kids collectively receive, then making sure that the right kid is logged into the right portal at the right time.

“My fifth grader will get up in the morning and say, ‘Oh, my God, I’ve got two video calls before ten.’ It's like a glimpse of him at 35,” she says.

Elsewhere in the city, though, students don’t have the devices necessary to stay connected.

A grade school teacher in a north city St. Louis public school who asked me to withhold her name says this week was supposed to be her school's first of e-learning, but only two students in her class have access to a device other than a phone. This is particularly infuriating, she says, given that before COVID-19 her classroom was “one to one,” meaning that every kid had an iPad.

“They’ve given us time to plan, set up platforms, record lessons and contact parents,” she says. “The problem is I didn’t already have all my students’ parents connected on the app we’ve been using all year and now the parents that were checking the app regularly are not.”

She adds, “Teaching at a school in north city where all (100 percent) of the kids qualify for free lunch, I have to assume many parents are still out working essential jobs at stores or restaurants OR lost their jobs. Either way, it’s stressful, and I understand why they aren’t spending time checking an app.”

St. Louis Public Schools parent Del-Rio Swink-Lee says she isn’t surprised by the system’s rocky transition to e-learning. After her daughter was involved in a well-publicized bullying incident at Gateway STEM Academy in 2018, Swink-Lee enrolled her daughter in SLPS’s virtual program. Despite being promised an iPad from the school, she says one never materialized. She says that the virtual program is supposed to include weekly check-ins from a teacher, but she and her daughter haven’t heard from an instructor since January. 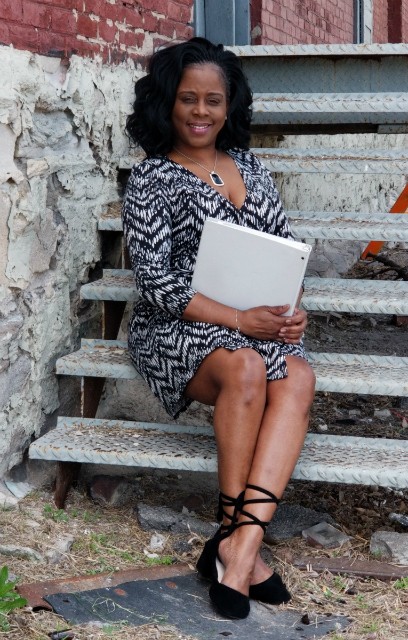 Swink-Lee says she is a regular attendee of school board meetings and is the administer of a Facebook group for SLPS parents. “Just yesterday parents were calling me in tears, saying their kids didn’t have devices,” she says. “Two other parents called saying that their kids’ teachers didn’t know how to use the program that had been given to them to use for this new e-learning process.”

At a school board meeting held via Zoom at the end of March, two weeks after SLPS closed due to COVID-19, district Superintendent Kelvin Adams says, “This is brand new for teachers, many of whom frankly had no idea how to do Zoom. So we’re trying to work through that this week and get them up and running.”

Natalie Self is with STEMSTL, an organization that promotes high quality equitable STEM education in the St. Louis region.

“Every school district has been left up to their own devices to figure out this device issue,” Self says. “For instance, Kirkwood was already one to one so it’s been relatively smooth … Districts like St. Louis Public Schools are getting devices in batches, and as individual schools are able to get them, they’re filling in the gaps. As you might expect, the districts who had less resources before are the ones struggling to catch up. All these inequities we had before are only being exacerbated.”

Self adds that simply getting a device in the students’ hands is not a panacea. Devices break. They need to be charged. They rely on Wi-Fi. Households with multiple students doing remote learning at the same time requires a lot of expensive bandwidth.

Charter is offering 60 days free broadband for households with students or educators, but the deal only applies to new customers and not to those who have outstanding bills with the company.

As an RFT piece from last year showed, in wide swaths of St. Louis, particularly in north city, less than half of all households have access to broadband internet.

At that school board meeting in March, Adams called these disparities in infrastructure and technology access the “most frustrating question we have dealt with over the last six or seven days.”

He said the district is looking into purchasing 10,000 Wi-Fi hotspots within the next two weeks, but he adds that he doesn’t want to give them out to families unless there is enough for everyone.

“This pandemic has exposed a lot of cracks that are a part of St. Louis … The bottom line is that it makes it much harder to support those families who were already struggling. They might not have the transportation to come and pick up a computer. We can’t go necessarily knock on their door and deliver it to them because of social distancing,” he said. “I will be totally candid and honest with you, I don’t know how equitable we are being because I don’t know how equitable this city is set up.”

The problem isn't going away soon. On Thursday, Adams announced St. Louis classrooms would remain closed through the spring. Governor Mike Parson made a similar announcement the same day, ordering schools across the state to continue the current shutdown through the end of the academic year.

As I was wrapping up this story, I thought I’d check back in with the teacher in north city and ask her how the first two days of virtual class had gone. This was her reply in its entirety:

“Yeah...so I have posted lessons and assignments and no students have been able to access them. Almost all the parents I have contacted need iPads which they signed up for but they weren’t given information on when they will receive them and my boss hasn’t let me know either. Frustrating having to tell parents I have no idea. Today I realized it’s been 4 weeks of no school (including our spring break mid March) and I can’t believe they still haven’t distributed iPads. My principal had all these expectations for teachers but didn’t tell us they still wouldn’t have iPads. So when I message parents/students giving them all this Info on how to learn/do assignments it’s not like they can get started.

“Another expectation is that we’re holding class meetings over Zoom. I posted about it but zero students/families participated today. I’m supposed to have two more this week but kinda doubting anyone will participate at this point.

“And it’s not their fault they don’t have the technology, all of this is too unrealistic to do on an iPhone or smartphone.”