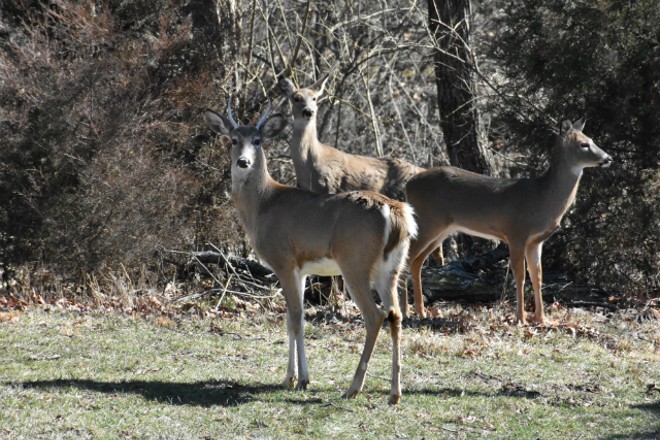 Well, now outside is cancelled, too.

St. Louis County announced this evening that all its public parks will be closed starting at 8 p.m. Friday until at least April 22.

“This will help us save lives. That’s our top priority,” County Executive Sam Page says in a news release. “I had hoped we could keep the parks open, but the spread of COVID-19 is too big of a threat to the health of our residents.”

The number of confirmed cases has continued to grow, and so has the death toll. Earlier today, the county announced that a man between the ages of 70 and 79 became the sixth person to die as a result of the virus in the county.

The county had already closed down playgrounds, basketball and tennis courts, indoor facilities and the Creve Coeur Soccer Complex. But after big crowds continued to pack the parks, public officials decided to shut it all down.

“With warmer weather, our parks are becoming more and more crowded,” county Parks Director Tom Ott says in the release. “During this health crisis, we cannot allow large groups of people to be together in one place.”

The city announced earlier this week it was closing roads in some parks as a way to discourage groups, but Mayor Lyda Krewson has suggested complete closures could be coming if people continue to bunch up in groups.

“If we can’t have social distancing, we won’t have our parks.” — @LydaKrewson on @kmoxnews just now.


So here's a plea, don't screw this up, people. Keep your space so we can still safely take a walk in the city's parks. We don't have much else these days.