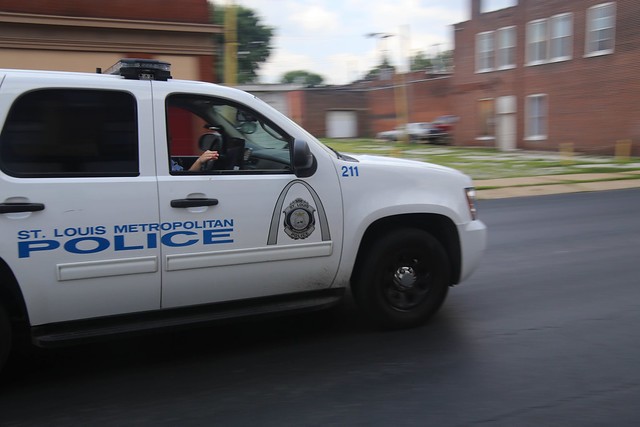 The St. Louis police unit that handles traffic stops ignored department-wide orders meant to reduce the risk of the coronavirus, and now the whole unit is quarantined and one of its members has tested positive for COVID-19, according to a police union of black officers.

Supervisors in the police Traffic and Safety Division directed officers to continue making routine traffic stops and generally conducted "business as usual," the Ethical Society of Police said in a statement.

On Friday, KSDK broke the news that a sergeant in the division had tested positive for COVID-19 and another sergeant who shared an office with him was presumed to have the virus and was in a hospital intensive care unit awaiting test results.

A department-wide directive from the police chief had told all officers to avoid any self-initiated activities unless someone was in danger, but the traffic division persisted with stops, even after officers complained that doing so wasn't safe, Ethical said in a statement.

"Those routine traffic stops placed officers and citizens in jeopardy," the union said. "Now, the Traffic Safety Division is in quarantine. No other division in SLMPD did self-initiated activity but Traffic Safety."

In an updated statement, Ethical says it brought the concerns of officers to Chief John Hayden on March 19, and he issued a separate, temporary directive that said commanders had full discretion to "allow self-initiated activity when warranted."

The organization said that decision was "the wrong decision and put officers and citizens in harm's way."

We've asked the police department for comment and will update this story if we hear back. The city, which has interpreted privacy laws more expansively than other municipalities, has refused to confirm whether any police officers have tested positive for the virus. This evening, the city issued a statement on Director of Public Health Dr. Fredrick Echols saying two city employees have tested positive.

The quarantine of the traffic division affects as many as twenty officers. Ethical is asking the department to let non-essential employees to work from home and shift some, including officers in investigative divisions, to on-call to keep from spreading COVID-19.

There have been more than 800 confirmed cases of the virus in Missouri (almost certainly an under count of the actual cases, health experts say) and ten deaths, according to state Department of Health and Senior Services. The St. Louis area has seen the largest concentration of cases with 102 reported in the city and 313 in the county. The city has reported one death, and the county has reported two resulting from the virus.

Editor's note: This story was updated after publication with more information.