Win-Win: Anheuser-Busch Giving Away Free Beer if You Adopt a Dog 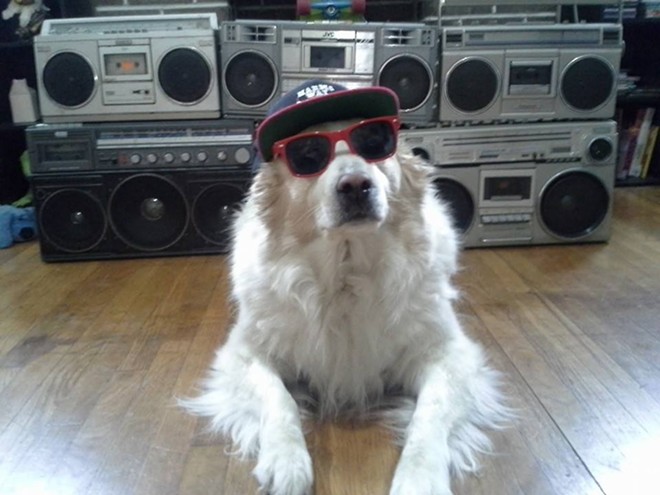 In one of the best examples of "where's the downside?" the world has ever seen, Anheuser-Busch has announced that it will be giving away free beer to anyone who adopts or fosters a dog in the next month through the Midwest Animal Rescue Service.

As the rolling national nightmare that is COVID-19 continues to wreak havoc on, well, absolutely everything, dog shelters across the country have been forced to closed their doors, leaving many of our furry friends shit out of luck when it comes to finding a forever home.

But, have no fear, it's beer to the rescue!

"Busch is bringing two of your favorite things, beer and dogs, together for a great cause," Anheuser-Busch writes in a statement. "Anyone who fosters or adopts a dog through MARS will receive a fresh, 3-month supply of crisp, cold Busch beer."

It should be noted that the promises of it being a "three-month" stockpile are a bit suspect. In the fine print, A-B makes clear that what they will actually be giving away is a $100 gift card, which they seem to think is enough money to purchase enough beer to last a full quarter of the year.

We did the math, though, and assuming roughly $20 per case of beer that comes to just five cases, or 120 beers, which in times of coronavirus quarantine/boredom is probably about a week's supply, tops. But hey, it's better than nothing — plus you get a dog!

The promotion runs from March 25 to April 22, and you must adopt a dog through the Midwest Animal Rescue Service, which is located in Minneapolis, to qualify. A bit of a trek, sure, but driving alone in your car counts as social distancing, and you won't be alone on your way back home, and your new friend can't give you the virus anyway. Plus you get free beer!

It should be noted, meanwhile, that even if you aren't up for a peaceful drive through the Great Plains, there are plenty of local shelters with good dogs waiting to find homes as well. In fact, one such local shelter has provided some of the only good news to be found in all of this hell week: The Animal Protective Association of Missouri announced on Monday that all of its adoptable pets had found homes.

And if you want to adopt locally, the Humane Society of Missouri is currently offering curbside adoption. Check out hsmo.org for details.

All of this is good news for sure, but there are still plenty of pups out there that need your help. And as dog people ourselves, we at RFT can assure you they make stay at home orders about a thousand times more bearable.

As does beer! Cheers to you, A-B. A class move indeed.

Daniel Hill was the RFT's music editor until he was laid off last week, and now he just refuses to leave. Follow him on Twitter at @rftmusic.