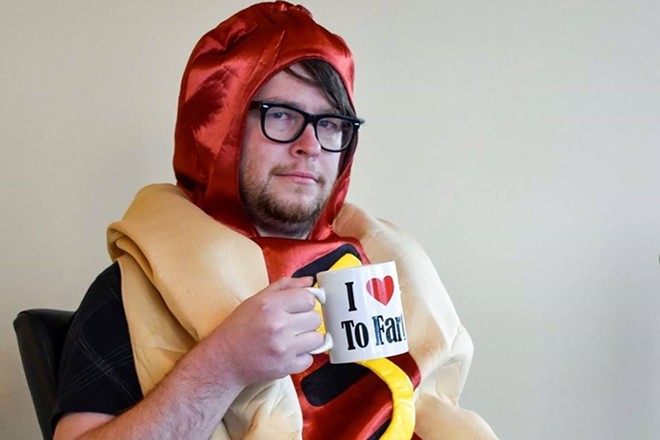 A lot can happen in a week.

One day you're gainfully employed, living the dream, recently instructed to work from home and looking forward to working in your underwear going forward.

The next, you're out of a job, alongside several of your coworkers. Beyond that, you just decide that you will not, in fact, agree to being laid off, so you keep working despite not receiving a paycheck.

And then you run for governor.

In the absence of anything better to do with myself, and because our current governor is dumb as rocks, refuses to do anything meaningful in the face of a global pandemic, wasn't even voted into his current office and has never once even tried to woo us with a machine gun, I am announcing my candidacy for the 58th governor of the great state of Missouri.

Why should you vote for me? That's a great question, and I'll answer it with another: Why would you vote for any of these other utterly inept turds currently twiddling their stupid thumbs in Jeff City?

It's gonna be a long road to get where we need to be, but it's a road worth travelling, because in these uncertain times, we don't need another career politician scratching the backs of lobbyists at the expense of the citizens of Missouri. We need a degenerate fucking lunatic, and that lunatic is Daniel Hill.

If you're ready to ride along with us as we launch an unprecedented campaign of abject, unbridled stupidity, visit the "volunteer" and "donate" sections of our campaign website. Together, we will "handle the stickiness."

Daniel Hill for Governor 2020: Because we need a leader who is as dumb as the times we are living in.

Daniel Hill was the RFT's music editor until he was laid off five days ago, and now he just refuses to leave. Follow him on Twitter at @rftmusic.