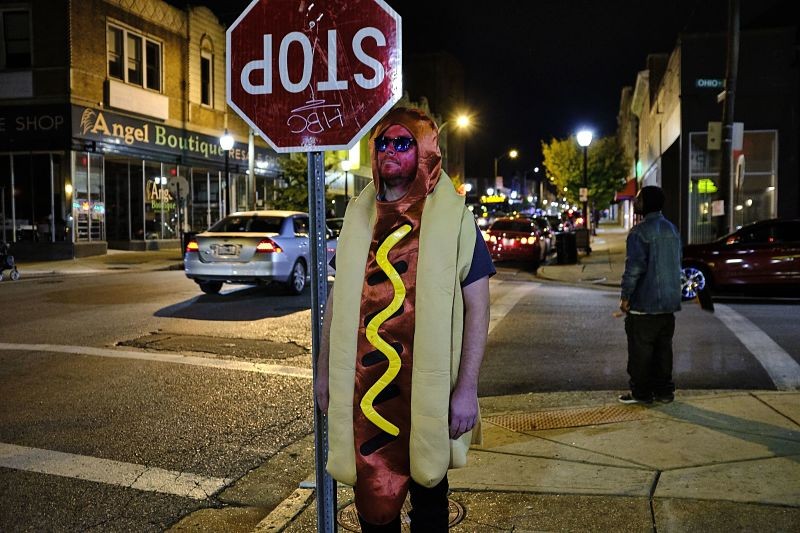 Yesterday was a very bad day.

Several of my coworkers and I all awoke to news that we would be laid off as efforts to contain that goddamned coronavirus increasingly cripple St. Louis' economy. As bans against gatherings cause restaurants and bars across the metro area to close up shop, those same establishments are unable to purchase the ads that keep us afloat.

In addition, those bans have hurt the paper's other primary revenue stream, which comes through throwing events, which obviously is something that we can't do now either.

Taken together, COVID-19 is, as my (now former) editor put it, a "nearly perfect weapon against alternative weeklies."

So seven of us were told not to report to work any further. In the age of coronavirus we couldn't even head to a bar and drown our sorrows together, so instead a bunch of us all video-conferenced our own Irish wake, drinking alone in our homes but together through our computers. The headache I feel this morning serves as proof that those sorrows were thoroughly drowned, albeit digitally.

But as the ibuprofen started to kick in today and I regained the use of some of my broken faculties, I came to a decision: I'm just not gonna stop. At this point I don't care if I get paid or not for doing it. The work the RFT does is more important than ever right now as we are facing down a threat the likes of which none of us have ever seen before. Local journalism is as necessary as it ever was, and frankly doubly so at this exact moment. If there's anything I can do to keep the public informed or entertained, I'm going to do it.

It should also be noted that I am a largely unhireable moron who has never made a resume in my life and whose greatest journalistic asset is a hot dog costume (though I would argue I use that asset to decent effect), so it's unlikely I'm gonna get hired on anywhere else anytime soon anyway. So fuck it. They're gonna have to take all the passwords away from me if they want me to stop.

My fellow furloughed co-workers are all extremely capable and hireable, by contrast, and you should consider them for your organization if you have jobs that need filled. Liz Miller is a whip-smart, impossibly organized and hilarious leader; Paul Friswold is one of the funniest and most knowledgeable human beings I've ever met and no slouch with the pen himself; Danny Wicentowski is a legitimately fearless reporter and unstoppable force of fucking nature; and Evan Sult's graphic design abilities and artistic vision are breathtaking to behold. Cheryl Baehr is an incredibly talented writer with a preternatural ability to tell human stories through a food lens and remember every ingredient in a dish. Hire these people.

As for me, I'm either going down with the ship dressed up like a hot dog or I'm gonna help it claw its way back until the day I can suddenly, hopefully, maybe, collect a check again.

I'd greatly prefer the latter. If you agree and you have a dollar or two to give to make sure one of St. Louis' most vital and entertaining journalistic institutions is able to stay afloat in these extremely difficult times, please consider donating here.

In the meantime, stay safe out there, and take care of each other. We're gonna get through this together, but only if we choose to be kind.

Daniel Hill was the RFT's music editor until yesterday, and now he just refuses to leave. Follow him on Twitter at @rftmusic.