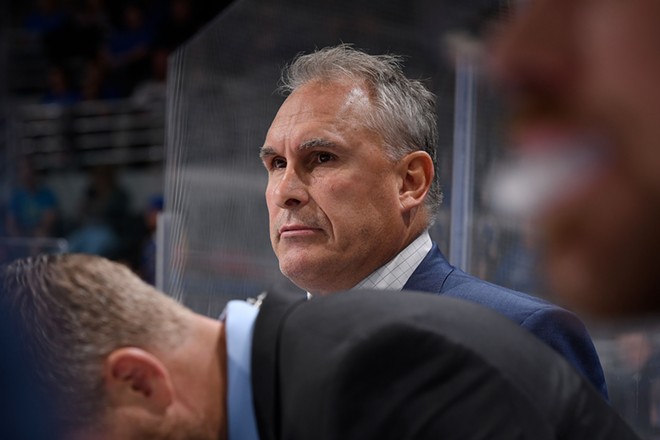 The NHL made if official today: the season is suspended indefinitely.Following a league-wide conference call with the board of governors and a representative of every team involved, the decision was made and a statement was issued that read, in part:

“In light of ongoing developments resulting from the coronavirus, and after consulting with medical experts and convening a conference call of the Board of Governors, the National Hockey League is announcing today that it will pause the 2019‑20 season beginning with tonight’s games."

"Our goal is to resume play as soon as it is appropriate and prudent, so that we will be able to complete the season and award the Stanley Cup. Until then, we thank NHL fans for your patience and hope you stay healthy.”

The writing was on the wall when all team practices were cancelled this morning. Frank Servalli, reporter for Canadian sports network TSN, then reported that "the NHL instructed all on-ice officials who were on the road on Thursday preparing to work games to arrange travel to return home." You can't play the game without the ref and the linesmen.

The St. Louis Blues officially had eleven games left to play (some teams, such as the New York Islanders, have fourteen more to go), and the playoffs were going to start on April 8.

In an eerie bit of synchronicity, it was just shy of 101 years ago that the season was ended prematurely by a pandemic. On April 1, 1919, the Montreal Canadiens and the Seattle Metropolitans were in the midst of contesting the Stanley Cup when the Spanish Flu pandemic swept the world. The teams were deadlocked at two games apiece (it was a five-game series in those days), when Montreal coach George Kennedy tried to forfeit the deciding game because five of his skaters were sick in bed, while he himself was deathly ill. Instead the series was cancelled with no winner declared. Canadiens defenseman "Bad" Joe Hall would die four days later. Kennedy himself never really recovered, dying in 1921.

In 1948, both teams' names were engraved on a band of the Stanley Cup with the terse note, "Series Not Completed."