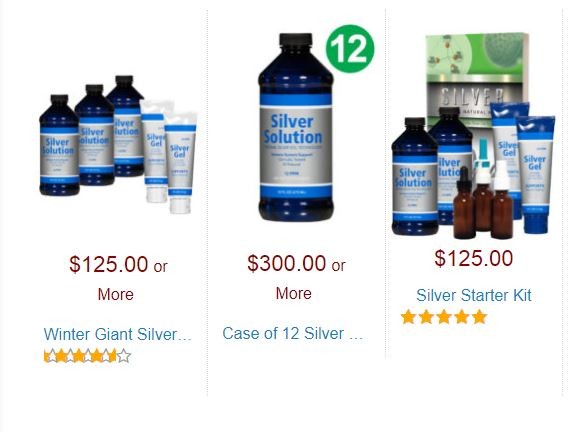 After Branson-based televangelist Jim Bakker launched a divine merchandising scheme last month to sell "Silver Solution" as a cure for coronavirus, the holy man with a checkered past got deservedly dragged by anyone and everyone who cares about public health — and now that includes Missouri's top law enforcement official.

Last month, Bakker, who served five years in federal prison on charges of wire fraud in the late 1980's, attempted to make hay off the current health crisis during a February 12 segment of The Jim Bakker Show.

The Jim Bakker Show is suggesting that the silver solution it sells can kill the coronavirus within 12 hours. pic.twitter.com/kbUGnUp69m

During the segment, Bakker held up the blue bottle of miracle bullshit and asked one of his expert panelists, a "naturopathic doctor" named Sherill Sellman, whether the stuff actually works.

"This influenza that is now circling the globe," Bakker said, "you're saying that silver solution would be effective?"

Later in the segment, Sellman claimed that the "Silver Sol" had been "proven by the government that it has the ability to kill every pathogen it has ever been tested on, including SARS and HIV," and would also provide users with a "vibrant immune system as well as an ability to deactivate these viruses."

The pastor's attempt to profit off coronavirus drew immediate scorn and mockery, including from Last Week Tonight host John Oliver, who noted that a silver solution would be better suited to a different public health crisis and, suitably, unveiled his own miracle cure, "John Oliver's premium werewolf solution," complete with a real website that deposits visitors on a landing page that simply says, "You should not have come here."

Indeed, as hilariously bizarre as Bakker's silver products may seem, peddling fake cures for real diseases is one way that pandemics persist despite efforts of real medical personnel. After Bakker's segment went viral, the federal Food and Drug Administration warned the show that "The FDA considers the sale and promotion of fraudulent COVID-19 products to be a threat to the public health." On March 3, Bakker was also hit with a cease and desist letter from the New York Attorney General.

So, has Bakker seen the error of his ways? Perhaps. According to the Missouri Attorney General's lawsuit, Bakker's website had at one point published a page titled, "Covid-19 Coronavirus, building immunity, staying healthy, and the benefits of Silver Solution," but that post appears to have since been deleted from the ministry's web presence.

Still, not much has changed for the pastor and his incredible blue bottle of cure-all. On today's episode of The Jim Bakker Show, Bakker and his cohosts sat at a table arranged with bibles and multiple bottles of Silver Solution products, and the hour-long program spent most of its airtime on the biblical context of the ongoing coronavirus outbreak.

This time, however, Bakker didn't directly suggest that Silver Solution acts as a cure or immune-system booster for fighting coronavirus. In fact, at one point, he appeared to suggest just the opposite, advised listeners to take precautions from the CDC and to reduce their exposure to crowds.

"A lot of religious people have, I call it hyper-faith, they just say 'Well you know God's going to take care of me,'" Bakker warned.

"What do you tell all the good Christians who fall dead?" he added. "Isn't there a scripture that says 'Be not thou stupid?'"

Good points! But ... minutes later in the episode, Bakker and his co-hosts giddily offered a case of twelve bottles of "silver gel" that allegedly acts a hand sanitizer — priced at $200.

Wash your hands, folks. And be not thou stupid.