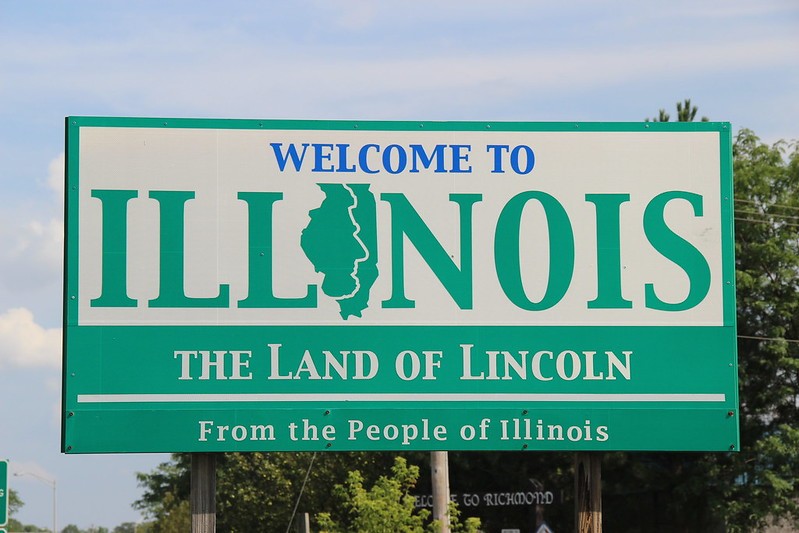 As Missourians wait for their first cannabis dispensaries to open, the verdant land known as Illinois — where the birds wear Baja hoodies and the rivers run with resin — is drowning in cannabis sales.

Since Illinois' recreational cannabis sales began in January, the state's dispensaries have raked in nearly $75 million in total, with February sales accounting for $34.8 million, according to a report released this week by the Illinois Department of Financial and Professional Regulation. That's actually a smaller take than Illinois' first month of sales, which hit $39 million, including more than $3 million in its first day of sales alone. In January, the state reported collected nearly $10.5 million in taxes.

In a press release, the gaudy sales numbers were touted by Illinois' pot czar Toi Hutchinson — whose official title is the Senior Advisor for Cannabis Control to Illinois Governor J.B. Pritzker — who went on to describe Illinois as "the most equity centric cannabis program in the country.

"As the adult use cannabis industry continues to grow, so will the number of opportunities for consumers and entrepreneurs alike," Hutchinson said, "Especially those from communities who suffered the most during the failed war on drugs."

Indeed, while Missouri's medical cannabis initiative directs a percentage of sales to fund veterans programs, it lacks the Illinois' explicit commitment to addressing the generations of drug prohibition that, way before weed became a big money startup industry, disproportionately affected minority communities and filled prisons with black people. In Illinois, its legalization law also made some 700,000 marijuana convictions eligible for expungement and pledged 25 percent of the tax revenue to fund a Restore, Reinvest and Renew Program that directs money through grants to communities gutted by disinvestment.

According to at least one Illinois lawmaker, Representative Jehan Gordon-Booth (D-Illinois), the program amounts to reparations.

"What we are doing here is about reparations," Gordon-Booth said in a 2019 interview with Think Progress. "After 40 years of treating entire communities like criminals, here comes this multibillion-dollar industry, and guess what? Black and brown people have been put at the very center of this policy in a way that no other state has ever done."

In Missouri, however, the rollout of legalization has been rocked by hundreds of complaints from dissatisfied would-be cannabis business owners whose license applications were rejected. This week, Missouri's top cannabis official, Lyndal Fraker, told lawmakers that the state would use the veteran's fund to pay for what will likely be a multi-year, multi-million-dollar legal defense.

Of course, the big question around weed in Missouri remains "When can we get legally baked like civilized people?" During a hearing at the legislature, Fraker declined to provide a specific timeline for the opening of the state's first dispensaries, saying only that, "I think possibly we would see a dispensary sometime in the summer, but I wouldn't pinpoint it beyond that."

But hey, in the meantime, Illinois keeps rolling. Earlier this week, the Metro East saw its second dispensary, Green Solutions in Sauget, open its doors. At least we have a good reason to cross the river.