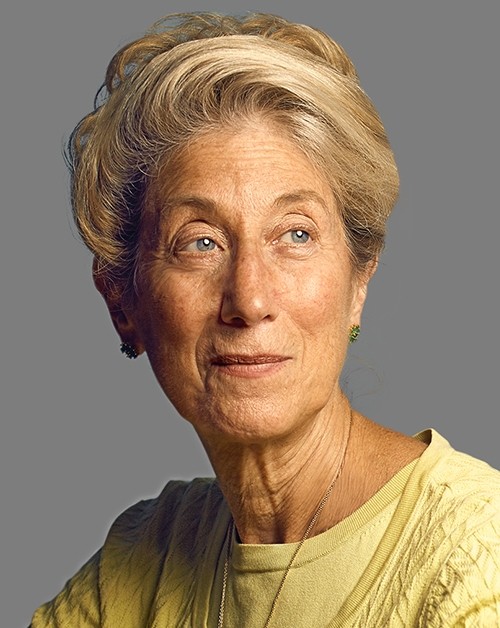 When Judge Shira Scheindlin ruled in 2013 against the New York City Police Department's stop-and-frisk policy, she angered a lot of powerful people — including then-mayor and current presidential candidate Michael Bloomberg.

She will speak about her decision during a public event on March 6 in Florissant.

Scheindlin served as a federal judge for almost 22 years after President Bill Clinton appointed her in 1994. In the case of Floyd vs. City of New York, she ruled against the city because of what she saw as the negative impacts of stop-and-frisk. She said it violated the constitutional rights of minority groups in the city and led to the racial profiling of people of color.

Under stop-and-frisk guidelines, police could detain people on the street if they were believed to be involved in a crime. If police thought the person was armed, officers had the right to pat them down for weapons.

Schneidlin's appearance in Florissant comes as Bloomberg struggles to explain his long history of supporting the practice, but event coordinators said the event was planned without “coordination with any institution, political party or political campaign.”

“Judge Scheindlin was invited to St. Louis, and her expenses are being paid by a group of private citizens interested in education, police policy and its implications for the 2020 presidential election,” according to a press release.

Bloomberg served as New York City mayor from 2002 through 2013 and spoke out at the time against Scheindlin’s ruling.

“What does she know about policing? Absolutely zero,” Bloomberg said in a 2013 interview on The John Gambling Show. “Your safety and the safety of your kids is now in the hands of some woman who does not have the expertise to do it.”

According to The New York Times in 2013, Bloomberg said he hoped the practice would at least continue through his final term as mayor because he did not want to be “responsible for a lot of people dying.”

In the lead up to announcing his candidacy for president, Bloomberg said his opinion had changed.

At a November speech at a historically black church in Brooklyn, New York, the former mayor apologized for his previous stance. He later reiterated
his embarrassment at the Las Vegas Democratic Debate — Bloomberg’s first appearance on the debate stage. He said he worried about the murder rate in New York City as mayor and at the time believed he needed to take measures to protect civilians.

“I’ve sat down with a bunch of African American clergy and business people to talk about this to try and learn,” Bloomberg said at the debate. “I’ve talked to a lot of kids, who have been stopped, and I was trying to learn and to understand how we change our policies so that we can keep the city safe.”

Bloomberg initially appealed the judge’s decision, and Scheindlin was removed from the case. In an opinion piece published in The New York Times on February 19, Scheindlin wrote she did not believe the presidential candidate to be racist. She simply believed he did not understand the full repercussions of the policing initiative.

Although the policy officially survived, the number of stop-and-frisks in the city declined sharply in the years after Bloomberg left office. At the Florissant event, five St. Louisans will interview Scheindlin about the practice, as well as the response she received from Bloomberg and New York officials.

Scheindlin will speak from 7 to 8:30 p.m. on March 6 at Christ the King United Church of Christ (11370 Old Halls Ferry Road, Florissant). The event is free to the public, and the audience will have the opportunity to ask questions during the final 30 minutes.