St. Louis police took a 36-year-old city man wanted on drug and gun charges into custody Tuesday morning after he barricaded himself inside a Carondelet residence and refused to come out.

Justin Neilsen initially avoided officers at about 9:15 a.m. and hid out in the 500 block of Bates Street, authorities say. Police blocked off the surrounding streets, describing the standoff in the early going as "fluid." Crisis negotiators and a SWAT team arrived and successfully got Neilsen out of the house, police say. No one was injured.

Police pursued Neilsen after he failed to appear in court to face eleven charges pending against him. The charges stem from multiple arrests last year. On Sept. 20, 2019, Neilsen racked up six charges after an officer recognized him from existing active warrants, according to court records. Neilsen ran away from the officer, who eventually caught up to him. Police say the officer found a semi-automatic Colt .32-caliber pistol in Neilsen’s backpack, as well as cocaine, fentanyl, hydrocodone and a glass pipe.

Police also arrested Neilsen last March on five charges of drug possession in a Benton Park West apartment. Neilsen and co-defendant Frances Womble, 21, had approximately 41 grams of marijuana, as well as cocaine and meth, among other drugs, according to court records. When police entered the apartment, police say, Neilsen asked the officers, “Can you just flush the drugs?”

Police say they recovered a gun from Neilsen after they took him into custody this morning. He was set to appear in court Wednesday morning for a status hearing. In an order directing Neilsen to appear in that case, a judge warned that if Neilsen didn't show up, another warrant would be issued.

Neilsen had no criminal activity in Missouri before 2019 other than a traffic ticket in 2008, according to court records. He has at times been listed in court papers as homeless, but recent filings describe him as living on Minnesota Avenue off of Cherokee Street. 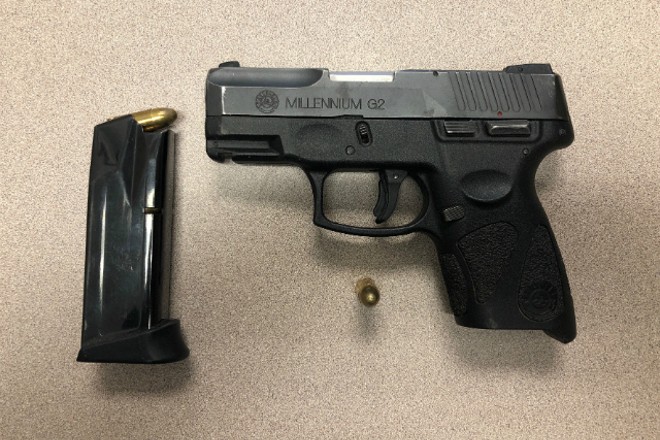