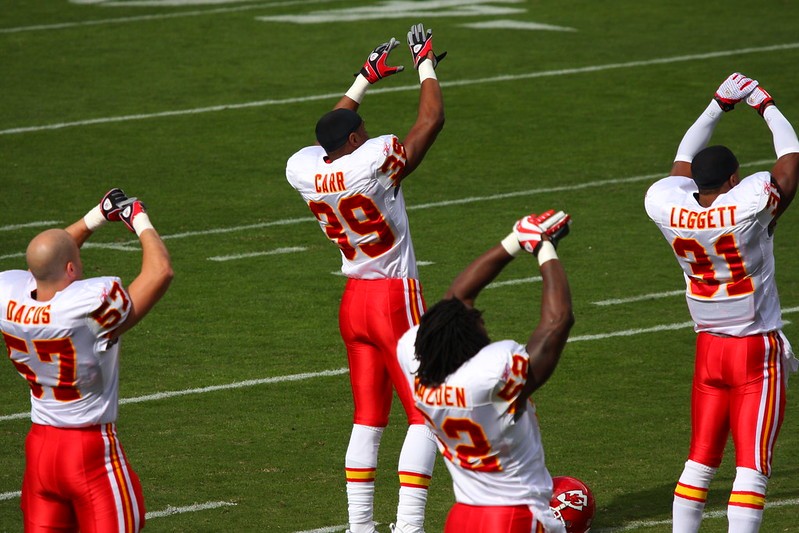 Without impeachment to distract him, our very fine president Donald Trump is getting back to his real talent of being repeatedly and stunningly ignorant about America, the country over which he presides.

Specifically, it was the fact that the Super Bowl-winning Kansas City Chiefs are based in Missouri, and not Kansas. In a tweet sent shortly after the game, Trump congratulated the team and the "Great State of Kansas."


Indeed, it was the blunder of a stone cold idiot, though we should note that since the tweet included full sentences and adjectives that were not "tremendous," it's possible someone else fed him the text. Still! It was a predictably Trump thing to do, and people have been piling on ever since.

And yes, Trump deleted the first tweet and replaced it with one noting the correct state in which the Chiefs play. But the internet does not forget.

Could somebody PLEASE ask Mike Pompeo to get out a blank map and a damn sharpie and make Trump show the country where the Chiefs play? Thank You.


Now, this isn't the first time that Trump has stumbled over the particulars of Missouri's largest cities, or, well, the particulars of our state's football-playing. During a rally in 2016 — the first season of the Rams' return to Los Angeles —  Trump started out by bizarrely praising our football team. More recently, during a public appearance in Kansas City, he praised Better Family Life for the organization's work "right here in St. Louis."

Anyway, to the extent that the president's brain runs on potato batteries and the milk of human frailty, one bad tweet isn't all that significant. Trump simply deleted the tweet and went back to being in charge of the country, the military and, it seems, all the branches of government. Alas, no amount of indulgent internet roasting will change that.

By tomorrow morning Senate Republicans will be asserting that Kansas City is, in fact, in Kansas.


Yeah, that sounds about right. What a world.