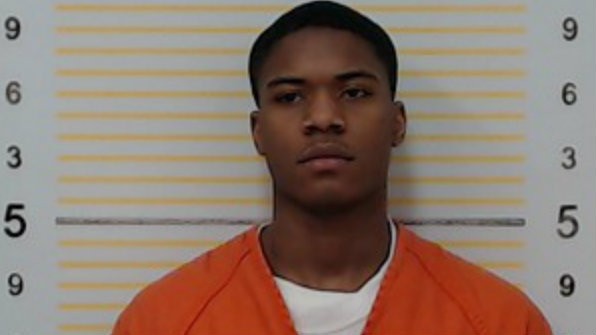 A federal judge sentenced a teenage carjacker today to seven years in prison for a string of crimes in St. Louis and Illinois.

Timothy Blassingame, nineteen, of Belleville pleaded guilty to two counts of carjacking and two of brandishing a firearm during the incidents.

The sentencing comes at a time when Assistant U.S. Attorney Paul D’Agrosa says the federal government will be more “aggressively prosecuting” juveniles who commit violent crimes. Blassingame, who was seventeen at the time of the robberies, had an existing criminal history in Illinois, according to D’Agrosa.

Blassingame and co-defendant Andre King stole a 2004 Ford Escape and threatened the car’s owner on May 28, 2018, in St. Louis. Three days later, the pair carjacked Robert Wayne at a BP gas station at 14th Street and Chouteau Avenue in the city. Between those two crimes, Blassingame and King robbed two gas stations in Illinois with firearms.

Blassingame has yet to be sentenced in Illinois, but D’Agrosa expects the judge in that case will add fifteen to eighteen years to today’s sentence. King has already been sentenced in both states and will serve twenty years.

Wayne said he felt satisfied with the sentencing. Upon pulling up to the BP gas station on May 31, 2018, he said he saw Blassingame and King but didn’t pay attention to them until one of the robbers knocked on his passenger side window. Wayne tried to dismiss him, but the other one forced open his driver’s side door and threatened him with a gun.

“I gave him my phone and the car, just let them go about their business,” Wayne said. “There was a lot going through [my head]. I could either take the gun and hurt them or just go about my business. I just let them be because I thought about my kids.”