There Is a Weed Store Opening Soon in Sauget, Land of the Free 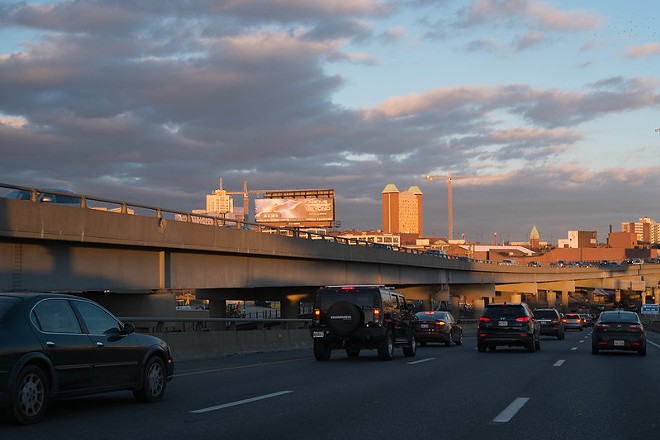 Ever since thousands upon thousands of potheads summarily overwhelmed Illinois Supply and Provisions, the Collinsville recreational marijuana dispensary which is also the nearest outpost of its, er, kind to St. Louis, stoners on both sides of the river have been eagerly searching for a new spot at which to dutifully obey Illinois' new recreational marijuana laws.

Fret not, law-abiding citizens: That spot is coming to Sauget.

Last week, the Illinois Department of Financial and Professional Regulation awarded a dispensary license to the Green Solution at 2021 Goose Lake Road in Sauget. As map aficionados and GPS apps will attest, that's only about fifteen minutes across the border, which will make it the new nearest recreational dispensary to St. Louis when it opens.

“It was just a matter of time,” Sauget Mayor Richard Sauget Jr. tells St. Louis Public Radio, adding that he'd been anticipating the arrival of recreational marijuana to his town ever since medical marijuana first arrived.

It's a natural fit. Sauget is already a land of total freedom in the metro area, a magical world where clothing seems to be largely optional and alcohol flows at all hours of the night. Adding a recreational marijuana facility to the city's strip clubs and 24-hour alcohol establishments just makes good sense.

And it should help take the pressure off Illinois Supply and Provisions as well. The Collinsville spot has had to contend with enormous lines since it opened this month, even announcing last week that it would only sell medical marijuana on Mondays going forward due to a low supply.

It's not yet clear when the Green Solution will begin selling recreational weed. As St. Louis Public Radio notes, the store's owners have to first get their hands on a physical license from the state to display in the shop before they can open for business. So far they've not yet announced a date that they plan to do so.

But really, there's no need to rush. Many of the store's future customers have been waiting years to obey this particular law. What's a few more weeks?

[Edit: An earlier version of this story accidentally omitted the word "medical" when explaining that Illinois Supply and Provisions would only sell medical marijuana on Mondays. We regret the error.]