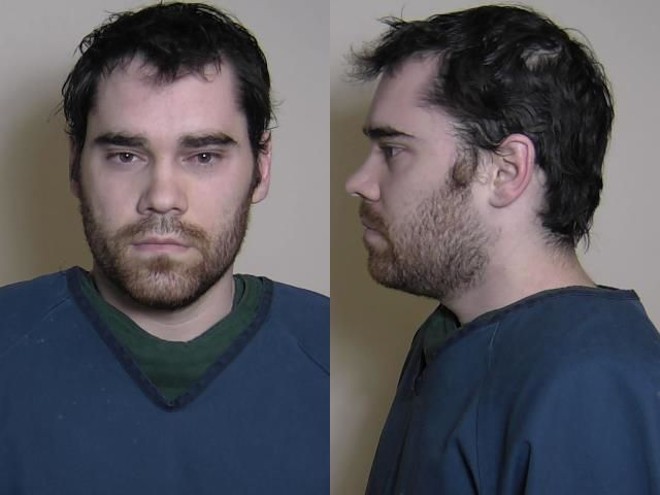 Timothy Banowetz, 28, tied up Randy Gori and two minors on Saturday, and then cut and stabbed the 47-year-old attorney to death, authorities say.

"In my 22-year career as a law enforcement official, I have seen a lot of gruesome cases, but this one elevates to the top of heinous and senseless crimes," Madison County Sheriff's Captain David Vucich, a deputy commander of the regional Major Case Squad, said Monday in a statement.

Gori lived in a palatial home set back off of Moody Creek Lane, northeast of Edwardsville. The house is shrouded by trees, largely concealing it from the main roadway. According to court documents, Banowetz forced his way inside and attacked Gori and the two minors, identified in the documents only by their initials. Investigators believe Banowetz planned the attack and acted alone.

"His acts appear to be premeditated," Vucich said.

Banowetz's last known address was in Wentzville, but Vucich said he lived a
"transient and nomadic lifestyle" around St. Louis. A former landlord had taken him to court on a Washington Avenue apartment in St. Louis city, winning a $3,700 judgment in October for back rent, according to court documents.

Investigators haven't been able to find any connection between Banowetz and Gori.

Vucich said they would not be releasing any further details about what happened inside the house and would not comment on any possible motive.

"However, I want everyone to recognize that the victim's actions in this case most likely saved the lives of others in the household at the time of the incident," Vucich said.

Shortly after Gori was discovered, the Major Case squad was activated, putting more than 25 investigators from agencies across the greater St. Louis area into action.

They found Banowetz between 9 and 10 a.m. on Sunday in a wooded area and took him into custody. They recovered the Rolls Royce shortly after as well.

Banowetz has been charged with first-degree murder, three counts of armed robbery, aggravated unlawful restraint and a charge related to stealing the Rolls Royce.

After Gori's death, the law firm he co-founded released a statement, describing him as a "true leader, a wonderful attorney and friend and champion of our community. He gave so much to everyone he knew both personally and professionally."

The case is still under investigation, and authorities ask anyone with information to the Major Case Squad at 618-296-5544 or the Madison County Sheriff's Office at 618-692-4433.