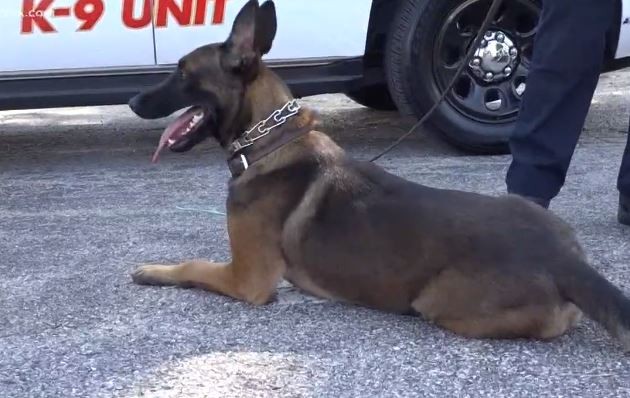 In St. Louis County, the flesh-rending bite of a police dog was deployed against a trespassing 34-year-old woman last year, leading to punctures in both her cheeks and a broken wrist — an incident an officer later described as a necessary "apprehension" following a burglary call to an uninhabited home in in unincorporated south St. Louis County

But in a lawsuit filed in December, attorneys representing that woman, Crystal Milton, allege she never heard officers announce the canine's presence before it bit her in the face as she slept beneath a grill cover inside the home's sun room on the night of March 23.

Those actions, the suit alleges, violated Milton's civil rights by using excessive force on a non-threatening subject. According to the civil rights lawsuit, which was transferred to federal court last week, officers violated department policy by sending the police dog into a room without effectively warning those inside.

"Milton awoke to a dog biting her face," alleges the suit, which names as defendants the St. Louis County Police Department, its chief Jon Belmar and officer John Wolf, the handler of the K9 officer "Kelso." The suit calls Wolf's actions "malicious" and "recklessly indifferent."

Wolf, in his police report on the incident, claimed that he had in fact announced presence of the K9 when searching the house along with several other officers. They'd been called to the one-story home on MacKenzie Road after the owner reported that surveillance cameras had picked up the sound of people talking inside. The home was supposed to be empty, the homeowner told police, as she was in the process of selling it.

Wolf and his K9 arrived at the house shortly before midnight, joining several other officers already on the scene. According to a copy of the police report obtained by RFT, Wolf noted that the sun room's exterior door was locked, but he could see, even in the darkness, a nylon tool bag, a pry bar, wet footprints and debris from the door jam scattered inside.

At that point, Wolf wrote that the "inherent dangers and risk to officer safety" required the help of Kelso to clear the house. The danger, he added, was "amplified by the dark interior conditions."

Wolf wrote that once inside, he announced "St. Louis Police canine! You inside, you are under arrest! Call out to me now to let me know you are inside! If you do not, I will send this police dog! He will find you, and he will bite you!"

As they searched the house, Wolf wrote that officers continued to announce themselves. After clearing the basement and the rest of the interior, they finally came to the sun room.

A second officer entered first and became "startled," Wolf wrote, and then shouted something along the lines of, "Police! Show me your hands!" But there was no response. Wolf then wrote that this second officer had seen "what he thought was possibly a person concealed under a fabric grill cover."

In justifying what was about to happen, Wolf then laid out his thinking in that moment: Because officers had already announced their presence loudly, and no response was received, it meant "if a suspect was present they were actively resisting arrest by hiding."

More than that, even though they'd made no contact with the subject, Wolf wrote that a concealed person would have had "ample time to plan to ambush the officers on scene, making walking directly up to it to check it an unsafe option as it would have unnecessarily placed an officer in a close position of disadvantage to a potentially concealed subject."

Wolf also noted that less-lethal options, like a Taser, baton or pepper spray, would have endangered the officer because they did not have "appropriate target acquisition" and because the grill cover could shield the subject.

Kelso, Wolf wrote, sniffed at the corner of the grill cover, and the officer suddenly heard a loud "Ah!" from the person underneath. In the parlance of the police report, Wolf wrote, "Kelso immediately engaged Milton and apprehended the open facial area of her hooded head."

As Milton screamed and pulled her hands out from under the cover, another officer called out that Milton had a knife and hammer in her hands. Wolf wrote that "Milton dropped weapons while raising her hands and then jammed both hands into Kelso's open mouth and pushed him away from her face."

"While all of this was occurring," Wolf added, "I was giving loud verbal commands for Milton to stop resisting."

The struggle continued for some 45 seconds, as Wolf noted that despite Kelso being latched to the hands of Milton, "I did not attempt to release Kelso from the apprehension with verbal commands because I feared that doing so would give Milton greater opportunity to retrieve the knife and or hammer, and to use them against us."

Milton was later transported to an area hospital to treat significant injuries to her face. Her wrist had also been broken while she tried to push the dog away from her face. In his report, Wolf wrote that when he interviewed Milton, she told him only that she'd been sleeping before finding Kelso's jaws wrapped around her face.

Milton's lawsuit disputes several key points in Wolf's report: The lawsuit calls Wolf's report "internally contradictory," noting that the officer had already written the room was too dark to see clearly, though, in Wolf's telling, it was apparently clear enough to determine she was armed with a knife and hammer.

The lawsuit also contests Wolf's claim that he and another officer had shouted warnings before and after entering the room.

The officers "made no such statement," the lawsuit states, "because if [they] had Milton would have awakened." Milton, the suit continues, "was asleep, and therefore Milton was then neither actively hiding from officers nor actively resisting or fleeing."

Milton's attorney, Bevis Schock, declined to comment for this story when contacted earlier today by RFT, citing pending litigation. However, in a letter he sent to St. Louis County Counselor Peter Krane in April — the letter was included in the police report — he described Milton as homeless and wrote that she had broken into the home because she "needed a place to sleep" that night.

"The dog's bite was over her entire mouth area, with the dog's teeth biting and moving around both sides of her face," Schock wrote, adding that she now had scarring and facial numbness, and that she had required more than 100 stitches to close the gashes left by Kelso's teeth.

"The pictures are horrific," Schock wrote. "My client did nothing to provoke an attack of this nature."

To date, Milton has not been charged in connection to the incident.