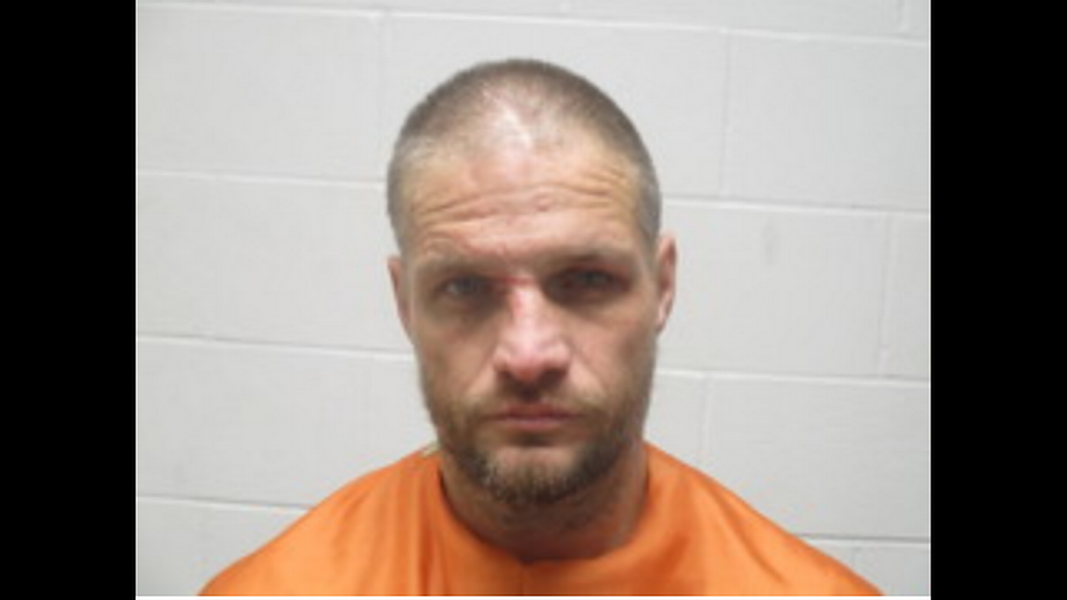 (In other words: We're only two days into 2020 and already it's become clear that the surrealist through-the-looking-glass bullshit that permeated the tail end of the 2010s will be following us into the new decade. Great.)

The Kansas City Star reports that the incident happened in the early hours of New Year's Day, when two men and a goat traveling by pickup parked outside of an adult video store in Carthage, Missouri, about four hours southwest of St. Louis.

One of the men went inside the store, while the goat and its owner slept in the truck. When that man awoke, according to KOTV in Tulsa, he found that a carjacker had stolen the vehicle and was pointing a gun at his head.

Brandon Kirby, 40, then allegedly drove the truck through three states — Missouri, Kansas and Oklahoma — while doing meth and pistol-whipping his frightened passenger. According to police, Kirby eventually let the man and the goat out of the truck in Creek County, Oklahoma, where the man promptly called 911.

Police were able to contact the truck's OnStar service to track the vehicle and slow it down to about 15 miles per hour, KOTV reports, and they subsequently used stop sticks to puncture the truck's tires in Sand Springs, Oklahoma. After a trooper rammed the vehicle into a ditch, Kirby reportedly fled the truck on foot.

Police say he dropped a mask and a gun while he was running, which they recovered. Kirby was found hiding in some tall grass near a drainage ditch after a brief pursuit on foot.

Kirby was charged with kidnapping, pointing firearms and felony possession of a firearm, according to The Kansas City Star. KOTV reports that Kirby had recently been released from prison, and was wanted in Osage County for second-degree burglary.

"OK 2020, it only took you 4.5 hours to get weird," the Sand Springs Police Department said on Facebook. "Let's slow down on the carjacking-goatnapping calls for the remainder of the year."

No word on the status of that poor goat.