Their attorney says they were just exercising their First Amendment rights, but Ronald Hasty and Thomas Mabrey’s racist social media posts have gotten them fired from the St. Louis Police Metropolitan Police Department.

Their personal posts were exposed this summer by the Plain View Project, an advocacy group that organizes a database of public posts and comments made by police officers on Facebook. The group documents police officers’ online statements about race, religion and ethnicity because they believe that the cops’ personal views might inform their “on-the-job behaviors and choices.”

In June of this year, the Riverfront Times reported that the Philadelphia-based advocacy group published a collection of what it claimed was “more than 400 Facebook posts from 43 current and former officers” in St. Louis who had apparently posted their unfiltered thoughts all over Facebook.

And now, a couple of those officers are off of the force. A quick search of the database shows that Hasty (posting under the name “Ron Nighthawk") and Mabrey allegedly repeatedly posted anti-Muslim memes and stories that trashed the Black Lives Matter movement, celebrated the Confederacy and made jokes using old racist tropes about black people.

St. Louis Public Radio reports that Brian Millikan, an attorney for Ronald Hasty and Thomas Mabrey, says that his clients are appealing the decision to fire them. Both ex-officers maintain they are not racists and that they were merely exercising their First Amendment rights. You know, just like Jeff Roorda.

If so, it appears they used those constitutional rights to make asses of themselves online. A sampling of Hasty and Mabrey’s posts are below. Check out the Plain View Project too see the rest of the ugliness. 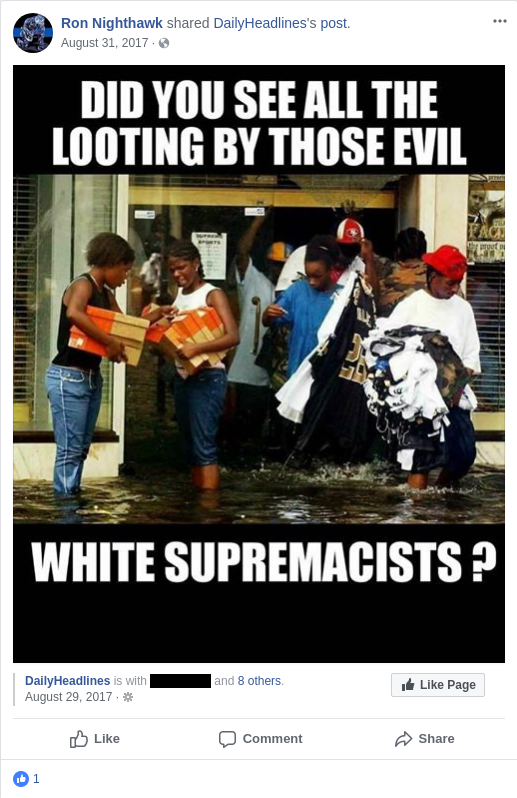