Delmar Loop Trolley to Clang its Last Clang on December 29 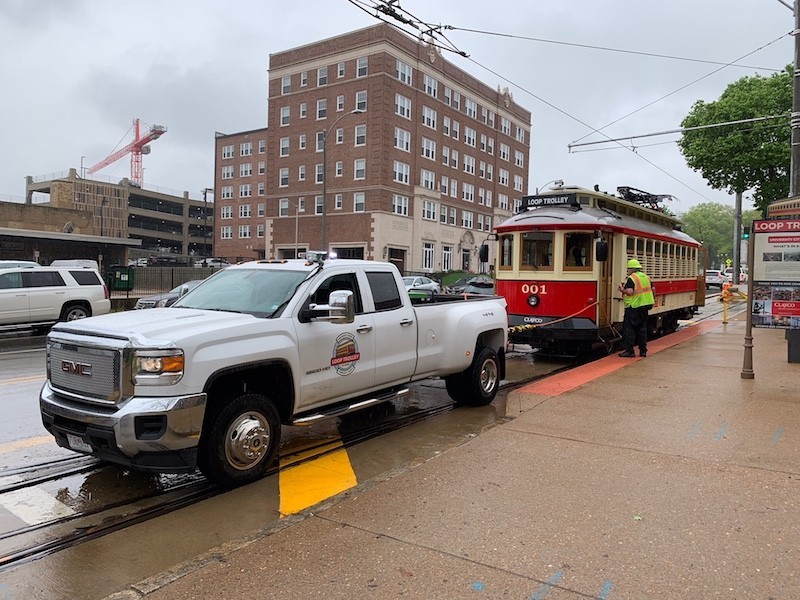 It came, it clanged, and now, after barely a year of operation, the Delmar Loop Trolley is shutting down at the end of this month, on December 29.

The announcement came courtesy of John Meyer, president of the Loop Trolley Co., who told the St. Louis Post-Dispatch on Thursday that "we hope a plan will come to fruition that may allow the trolley to resume operating at some point in the near future," but added that there's actually no plan to do so and no funding to keep the anachronistic and occasionally truck-assisted transport rolling in any form.

While a paltry number of riders have deigned to ride the 2.2 mile track, the trolley has been circling the drain of financial and operational collapse for months. In October, the trolley's backers told officials in St. Louis City and County that the streetcar would need $700,000 to operate into 2020. Instead, the Loop Trolley Transportation Development District essentially loaned itself $90,000.

And here we are. After what feels like hundreds of years, the $51 million project has run out of momentum. Public officials in the region have closed their wallets, and federal officials could even demand payback for the $36 million in aid that went to build the trolley's infrastructure. That could pose serious problems for the region's future chances of obtaining federal aid for transportation projects that are not baffling boondoggles.

If there's a glimmer of hope, it lies in the Bi-State Development Agency, which runs the region's MetroLink and the Metro bus. In an interview with the Post-Dispatch, Bi-State CEO Taulby Roach said the agency is reviewing ways to make the trolley viable. Still, Roach acknowledged, "No one at this point knows what will happen."

Still, we've treated the Loop Trolley like a joke for a long time. And now the punchline is coming.