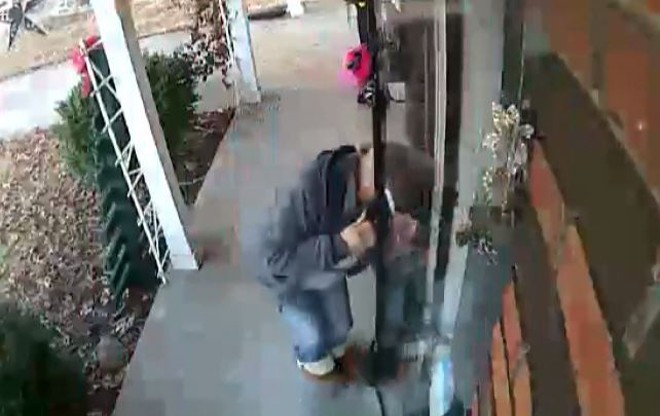 If you're a package thief this season, you better watch out, you better think twice — because that Amazon box under your arm might actually contain a karmic gift of poopy vengeance.

Such was the fate of a porch pirate in the St. Louis suburb of Hazelwood. As first reported by KSDK (Channel 5), this epic tale of revenge began last week when local mom found her Amazon orders being targeted by a campaign of theft waged by a single perpetrator, whose actions were captured on the family's surveillance camera.

The mom (whom KSDK did not name at her request) was already distressed to lose her package, but when the same thief came back again only a few days later, the shit, as they say, got real.

That's when the mom and her husband decided to rope in an accomplice, their toddler-aged daughter. It didn't take long until their "revenge" was ready for tactical deployment inside an otherwise normal looking Amazon box.

One day later, the thief returned for a third time.

"She got the special surprise from my daughter," the mom said.

The thief — who on the surveillance video appears to a blonde woman — has since been arrested by Hazelwood police, though KSDK did not identify the unwitting owner of a toddler's diaper stash. In a statement, the police spokesperson told the station, "we do not particularly encourage the transfer of bodily fluids." (We've reached out to the Hazelwood Police department for comment about the arrest and potential charges.)

You can watch the full, schadenfreude glory of the KSDK story here: