This Stolen Subaru Was Used in a Violent Kidnapping, St. Louis Cops Say 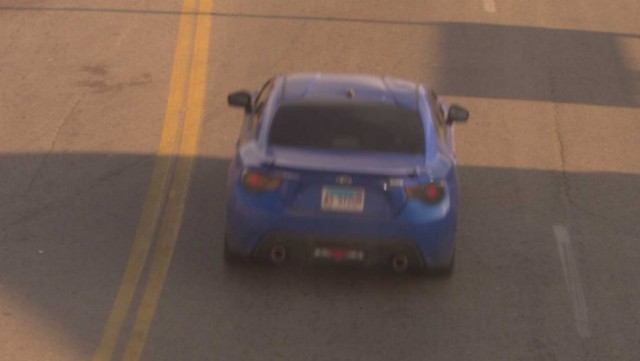 Update 12:15 p.m. — St. Louis police say they spotted the Subaru at 8 a.m. today near Natural Bridge and Goodfellow, and officers chased it until the car crashed. A 22-year-old man and 27-year-old woman had been in the car and were injured in the crash.

Police say the man is the suspect in Sunday's alleged abduction, and the woman is the victim. They were transported to the hospital, and both were in stable condition, police say. Officers found a gun in the Subaru.

The woman, who knows the man, had not been shot, police say. The case is still under investigation, and police released no more details.

St. Louis police are searching for a car following reports of a frightening kidnapping.

About 4:30 p.m. on Sunday, officers responded to a "shots fired" call in the 3400 block of Chippewa, on the southern edge of the Gravois Park neighborhood. Police say a man in a blue Subaru BRZ fired a gun at the feet of a young woman and then forced her into the car and sped away.

The woman was estimated to be 17-21 years old, but police don't know her identity or the identity of the gunman. Investigators were able to find video footage of the Subaru and determine it has Illinois license plate AS 57200. However, when they traced it, they learned the car had been reported stolen in St. Louis County.

Police are asking for help locating the car. They ask anyone who sees it to call 911.