Carjacking Suspects Charged with Murder of Accomplice in Fatal Crash 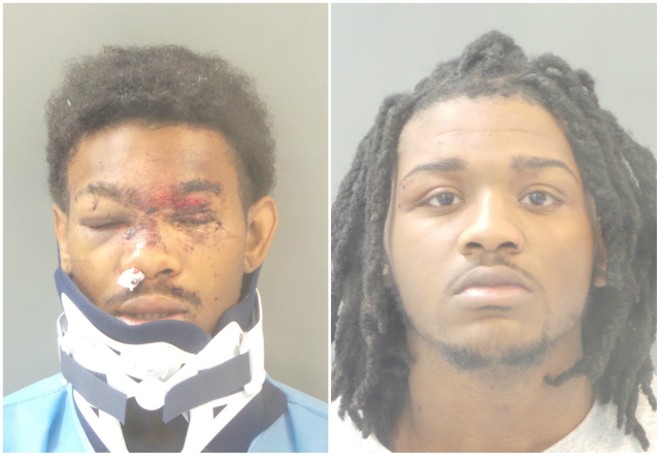 Two carjacking suspects who survived a violent crash that killed their accomplice have been charged with murder in his death.

Percy Robinson, 22; Courtney Clay, eighteen, and Christopher Gragg, twenty, ambushed a 28-year-old woman and her three young kids on Tuesday as the family sat in a 2008 GMC Acadia on Lami Street in Soulard, police say.

The trio of carjackers forced the family out at gunpoint and then sped off, police say. They made it about four blocks, turning onto South Broadway where they collided with a tractor-trailer near the Barton Street intersection. Robinson and Clay were taken into custody nearby and transported to the hospital, because they were injured in the crash.

Gragg died in the Acadia, police say. The woman and her three boys — ages three, five and eight — weren't injured.

Now, Robinson and Clay have been charged with second-degree murder for the death of their accomplice as well as first-degree robbery and armed criminal action for the carjacking. Police say officers seized a gun and suspected drugs during the investigation.

Robinson and Clay were jailed without bond.