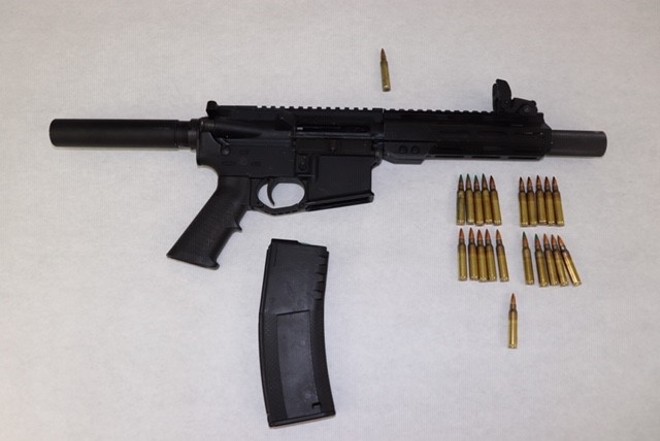 A St. Louis police officer fired at an armed man but missed before officers ultimately stunned the 24-year-old with a taser and arrested him, authorities say.

The chaotic episode began about 12:20 p.m. on Wednesday in the Mark Twain neighborhood of north city. Police say officers on patrol spotted a dark gray Honda that had eluded them multiple times before. Police haven't said why they were interested in the vehicle, but the driver sped off when they tried to stop him.

They chased the Honda, eventually popping its tires with a "tire-deflation device" at the intersection of North Kingshighway Boulevard and Lillian Avenue.

Even on flat tires, the Honda drove on, entering the Penrose Neighborhood before the driver bailed out near Marcus and Anderson avenues.

The ensuing foot chase turned into the alley behind the 4600 block of Anderson, where police say the man ran toward them with a AR15-style handgun.

A 42-year-old officer fired one shot at him but missed, at which point the man dropped the gun and ran, police say. Officers eventually caught up to the man, struggling with him until one of the officers tased him.

Officers recovered the gun, which was fully loaded, along with what they suspect are illegal drugs.

The man, whose name wasn't released, was checked out at a hospital and released to police custody. The Honda had been reported stolen on October 16 from St. Louis County.