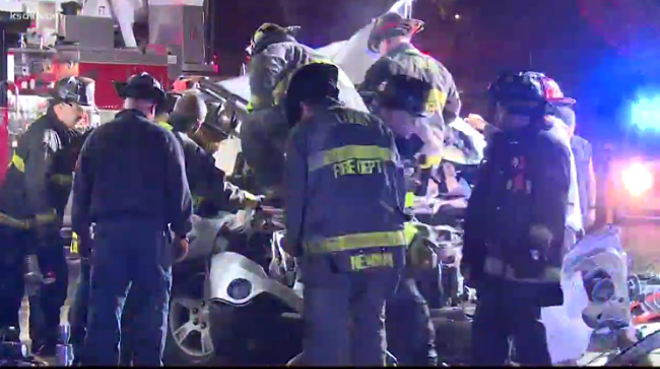 A man was killed in a crash early Tuesday morning just minutes after stealing a car from a woman in Soulard.

KSDK reports that the incident happened around 2 a.m. near the intersection of Tenth Street and Lami Street. According to police, three men approached a woman and demanded her car.

After she complied, the men sped away, police say. But just six blocks later the car crashed into a semi truck at Seventh Boulevard and Barton Street.

One of the men died at the scene, KSDK reports, and the other two were taken into custody. The truck driver and the woman whose car was stolen were not injured.

Police have not released any details about the dead man or his accomplices, but a police spokeswoman tells the Post Dispatch that she believes they are all adults.

Homicide detectives are investigating the case, according to the Post-Dispatch, in addition to an accident reconstruction team. The dead man's accomplices could be charged with murder under Missouri law.