Parsing Propaganda in the 'Documentary' on Lambert Airport's Runway Expansion

For most of its 90-minute run-time, the documentary Hard Landing At Lambert tells the dramatic tale of how St. Louis City bulldozed thousands of homes in Bridgeton subdivision in the early 2000s in order to build a billion-dollar runway for Lambert International Airport.

But the film, released last week in three parts on YouTube, has been met with concern and dismay by city and airport officials, who on Thursday interrogated the film's executive producer Travis Brown during a meeting of the Airport Advisory Working Group — the same group on which Brown serves as a lead consultant on the subject of privatizing Lambert.

Brown is now facing accusations of conflict of interest and circumventing his duties as a project leader for a process city officials often neutrally describe as an "exploration" of privatization. And Brown isn't just some hired marketing help: He's the chief lobbyist for billionaire financier Rex Sinquefield and the founder of the Sinquefield-funded nonprofit Grow Missouri, a group that itself serves as the linchpin in a deeply strange arrangement in which Sinquefield pays the city's consultants to "explore" privatization.

Into in this twisting, convoluted arena comes the film Hard Landing At Lambert, which was produced through Brown's public relations firm, First Rule. The documentary attempts to frame the construction of a western runway, completed in 2006, as leaving Lambert "crippled by debt" and incapable of becoming a "world-class airport."

In the documentary's trailer, a narrator asks, "What do you get when you listen to politics and ego over truth and science? A world class boondoggle."

To make those points, the film uses original interviews and extensive archival TV news footage to chronicle the doomed efforts of residents of a Bridgeton subdivision that was ultimately displaced to make room for the runway. That portion of the story is told in the documentary's first and second chapters, which present a well-told narrative of grassroots activism pitted against St. Louis mayor Vince Schoemehl and airport director Colonel Leonard Griggs.

In an interview with Riverfront Times, Brown described the documentary as a "passion project" inspired by his research into the "root cause" of Lambert's struggles.

"I think is is important for the public to understand that we're still paying for debt and not realizing as much revenue as we would have," he said. "What the film provides perspective on is where did [the debt] originate, how can it still be here, and what does that mean for today?" 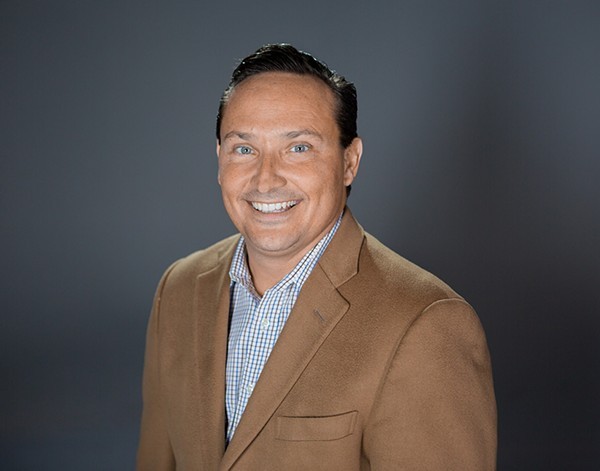 Upon viewing the entire documentary, however, the issue of the airport's debt accounts for only several minutes' worth of content toward the film's conclusion. And although the film includes first-hand accounts of pilots and air traffic controllers who opposed the design of the runway expansion, the film does not feature any current airport officials or expert sources to support Brown's claim that Lambert's $600 million of remaining debt represents a "unique debt structure" that holds it back from making necessary improvements.

And then there's the timing of the film's release, one day before the November 1 deadline for companies to submit their privatization proposals — amounting to a long-term lease — to the city, which runs the airport even though the actual facilities are located in St. Louis County, far beyond its borders.

Indeed, on November 1, St. Louis announced it had received eighteen proposals from various groups angling to take over Lambert. If St. Louis bites, it sets the stage for what would be the largest U.S. airport to ever go private. What would St. Louis get out of it? For one thing, a cash flow unencumbered by federal restrictions, which currently limits the amount of money the airport can send to St. Louis' general fund to about $6.5 million annually.

And there's another thing. That "crippling" debt highlighted in Hard Landing at Lambert Airport? A private operator would have to pay that off, too.

Although the film makes no explicit mention of privatization, Brown acknowledged in his interview to RFT that there's "no doubt" that one could use the film to argue in favor of privatizing Lambert. It is the debt, he said, which presents a powerful lesson to be learned from Lambert's "world-class boondoggle" for a 6,000-foot runway, originally designed for the tens of million passengers that passed through Lambert during its peak years as a TWA hub in the 1980s and 1990s.

Lambert today has lost most of that traffic. Between the bankruptcies of TWA, the disruption of air travel after 9/11 and final loss of hub status in 2009, the airport and its runways simply have fewer passengers. In 2000, Lambert moved around 15 million through its terminals. In 2006, the year it completed the billion-dollar runway, it was moving less than half that number.

Brown cautioned, "We need to be careful about our airport's future," adding, "I for one do not want to wait another generation for St. Louis to be in the ranks of other airports."

But Brown appears to have few fans of his new film, or, for that matter, his claims that it represents merely a "historical documentary." In fact, the documentary's existence was revealed only about two weeks ago, through an email invitation to a private screening first reported by St. Louis Public Radio.

The email stated, "The documentary you will preview exposes how the decision of past St. Louis City officials to build a new runway and pay for it with massive debt was the true reason for the diminished performance of the airport rather than the commonly held belief it was the collapse of TWA and subsequent dismantling of the hub by American Airlines."

That line got the attention of Lambert Director Rhonda Hamm-Niebruegge. During an October 24 meeting of the Airport Advisory Working Group, Hamm-Niebruegge referenced her past employment with TWA, and told the committee that the email's claim "couldn't be further from the facts."

On October 31, just hours before the full film was released to YouTube, Brown himself appeared before Airport Advisory Working Group. During the meeting, St. Louis City Budget Director Paul Payne, who serves as the head of the working group, took Brown to task for blindsiding officials and sidestepping the working group's communications staff, who are are supposed to function as public educators on privatization without "advocating one way or the other."

"What concerns me is that, Travis, you're a project leader for this project, you are under contract with the city," Payne said, and added that he was concerned about potential conflict of interest.

The film's statistical depiction of Lambert's debt also came under fire. During the working group meeting last week, Hamm-Niebruegge noted that the documentary uses 2010 figures that list landing fees at $8.18, and that the figure is used in a graphic showing unfavorable comparisons between Lambert and other airports. In 2019, she pointed out, the landing fees are at $6.56.

In response to Payne and others at the meeting, Brown said that the film had nothing to do with privatization and only seeks to present "historical facts," a line that produced increasing incredulity in the audience of airport experts and city officials.

At the end of the meeting, having heard Brown's defense yet again, PFM Group consultant Rebecca Perry-Glickstein, who serves on the Advisory Working Group, shot back at Brown, "The history of what?" 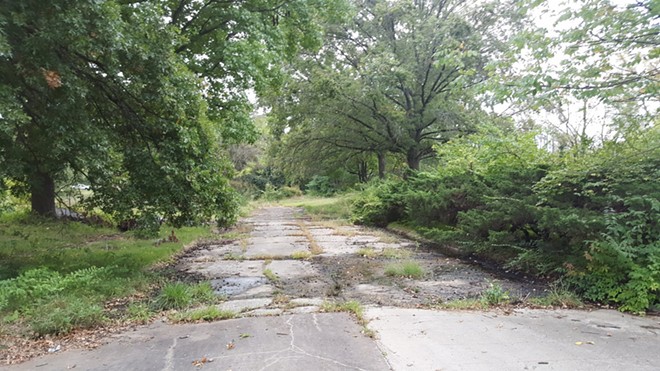 Indeed, the numbers don't reflect that Lambert is unique in its debt load. As the fourth largest "medium size" hub, Lambert's 2018 debt of $682 million lines up with Dallas' Love Field, the second-largest medium hub, which carries $675 million, according to figures provided by the airport advocacy group Airports Council International.

"Lambert is in very good company," Russo says, noting that other medium hub airports have been forced to downsize and re-purpose infrastructure that was intended to serve much larger quantities of traffic. She disputes that Lambert's debt structure is unique or "crippling," instead calling it, "very much average."

The critiques haven't stopped Brown, who suggested in his interview with RFT that his "dual role" as film producer and privatization consultant was no different than the "dual roles" filled by city and airport officials who also serve on the working group.

Still, those officials aren't releasing independent documentaries to bolster their own strangely relevant "passion projects." But as the privatization process veers into the realm of real numbers and actual proposals, Brown's many roles in the process, from Sinquefield lobbyist to city representative to film producer, reflects the remarkable degree to which the separation between airport's public and private interests have eroded since the process began back in 2017.

After all, this is a "public private partnership" that includes no provision for public vote. The entire process started with St. Louis Mayor Francis Slay seeking out the assistance of Rex Sinquefield, who in turn supplied his millions to pay consultants, lawyers and various experts to shepherd St. Louis through an "exploration" of an unprecedented privatization process — and all on the condition that he'd only be paid back if the city went through with leasing the airport, representing a perverse incentive that would seem to provide all the motivation necessary to taint the process.

Instead of killing the city's privatization search, though, the taint of conflict-of-interest has become one of its defining characteristics. And now privatization backers have a 90-minute "documentary" to reference as proof of Lambert's failures.

During the interview with RFT, Brown denied that the film is misleading or an example of propaganda.

"It's in the eye of the beholder," he said, adding, again, that he only sought to produce a "historical documentary."

However, while Brown said Sinquefield did not fund the production of the film, he confirmed that the billionaire is funding the film's distribution on traditional TV and through digital release.

"We're going to make it broadly available to the St. Louis region," Brown said, adding, "Our focus is one thing. Let’s build back Lambert."