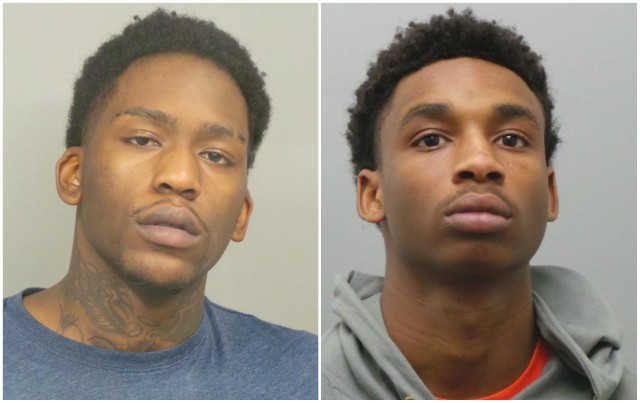 Two St. Louis rappers, signed to a national record label, have been indicted on federal drug and gun charges.

Rasheme "Benji Bam" Bridges and Kelton "Benji Kellz" Rucker are accused of carrying out an armed marijuana robbery. The duo, who perform as Benji Brothers, conspired with others on the January 2018 stickup in the Carondelet neighborhood of south city, according to an indictment unsealed today.

The two stole a pound of weed during the robbery, authorities say. Bridges brandished a handgun, and Rucker squeezed off at least one round before they took off with the marijuana, according to the indictment.

The Benji Brothers signed in January to Cinematic Music Group, the New York City-based label that is home to Joey Bada$$ and other Pro Era rappers. Just nineteen years old, Bridges and Rucker have built up a following, racking up hundreds of thousands of views on their music videos released on YouTube.

Their music often covers topics of crime and violence, with many of the videos set in urban ruins, although a disclaimer at the beginning of one, "Moment of Silence," says any illegal-looking "props" — presumably guns flashed throughout — are "merely props and should not be taken seriously."

But police in the St. Louis area allege the two are responsible for real-life violence. Rucker and Bridges have each been featured on the St. Louis Regional CrimeStoppers' Most Wanted List as suspects in an assault and attempted robbery.

In the federal case, Bridges and Rucker were each charged with conspiracy to posses with intent to distribute marijuana and possessing firearms in furtherance of a drug trafficking crime.

Warrants were issued today for both teens.