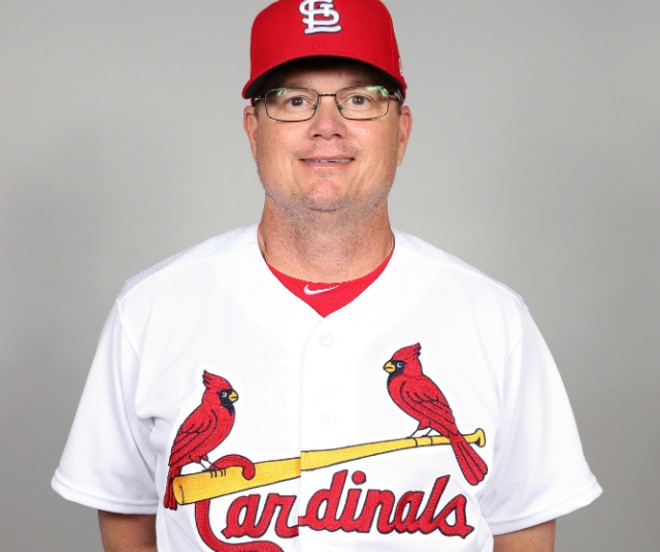 Fuck, man. If the Atlanta Braves thought what Mike Shildt's Cardinals did to them yesterday on the field was filthy, they should have heard that postgame speech.

"Nobody fucks with us," the generally professorial, usually bespectacled Shildt told players right before everyone got a proper champagne shower. "Ever. Ever."

If you hadn't heard, the Cards beat the dog shit out of the Braves 13-1, and now they're going to the National League Championship Series. Shildt would later give some G-rated sound bytes to reporters about "great play" as well as "great execution of play" when television cameras were allowed in the locker room. But outfielder Randy Arozarena recorded the real deal from the manager's speech to players.

“The [Braves] started some shit. We finished the shit. And that’s how we roll. No one fucks with us ever. Now, I don’t give a fuck who we play. We’re gonna fuck them up. We’re gonna take it right to them the whole fucking way. We’re gonna kick their fucking ass.” pic.twitter.com/2J7jyJc60O


"They started some shit," Shildt said of the Braves. "We finished the shit, and that's how we roll."

Arozarena, who streamed the recording on Instagram, later apologized for revealing a team-only moment, but he seems to be about the only person who's sorry. Well, maybe the Washington Nationals, who St. Louis plays next.