Some Asshole Skinned a Beagle Alive in Missouri, Reward Offered for Info 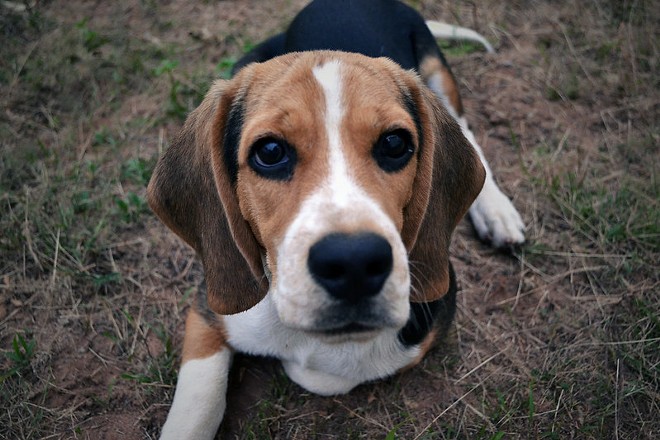 Some complete piece of shit skinned a beagle alive in southwest Missouri, prompting members of the community to join with the Humane Society in offering a reward for any information that leads to an arrest.

KMOV reports that the badly injured dog was seen emerging from a wooded area near a subdivision in Neosho, Missouri, on September 23. According to Neosho Police Lieutenant Jason Baird, about 75 percent of the dog's skin had been removed.

After police caught the dog, they took it to a veterinary clinic, where staff determined it should be euthanized due to the extent of its suffering and injuries. According to Baird, the poor pup's skin had been removed from the back of its neck to its tail, as well as down its legs.

"You could just tell it wasn't doing good," Baird tells the Joplin Globe. "I'll just leave it at that."

Detectives say the dog was left alone in a house in the 1300 block of Lou Ida Drive while its owner was at a sporting event. Police believe the dog made its way outside on its own through an unsecured door.

The initial reward for any information leading to the arrest of the likely-serial-killer prick responsible for the horrific act was $1,000, put up last week. Since then members of the local community have raised an additional $2,000, and the Humane Society announced Thursday that they'd contribute an additional $5,000, bringing the current total to $8,000.

"It takes a truly callous person to skin a dog alive," writes Amanda Good, the Humane Society's Missouri state director, in a press release. "And it's completely heartbreaking to imagine the suffering this dog endured. We hope that this reward will encourage anyone with information about this terrible crime to come forward, not only to help seek justice for this animal, but also to ensure the safety of the entire community."

So far, though, information has been scarce. Baird tells the Globe that police have received a few tips, but that none of them have proved fruitful. Meanwhile a recent heavy rain has made it difficult for police to find any forensic evidence in the wooded area where the dog was found, as any blood from the scene would have been washed away.

Baird believes that someone must have heard the dogs screams of pain, though.