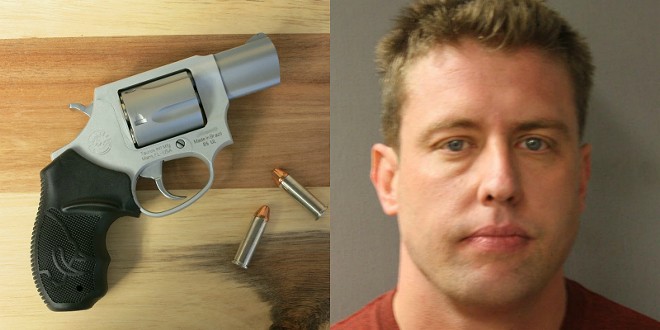 Lawyers working for the state Attorney General's Office knew about key DNA information in the Jason Stockley investigation but kept it a secret during negotiations in a civil suit, according to an independent report that was released in full for the first time on Friday.

The independent report conducted by Hal Goldsmith, then an attorney at Bryan Cave and now a federal prosecutor, makes it clear that the board agreed to the large (unprecedented, according to Watkins) settlement in part because DNA evidence recovered during the investigation challenged Stockley's version of the killing — but top assistant attorneys general in the Chris Koster administration didn't disclose that negotiating point to Watkins.

The officer, who was pushed out of the department after the incident, justified shooting Smith five times at close range by claiming the 24-year-old was reaching for a gun. To support his claim, Stockley produced a silver-colored Taurus handgun, saying he recovered it from Smith's vehicle.

However, it was later revealed that DNA recovered from the gun matched Stockley, not Smith. Watkins had read police documents that mentioned the gun had been swabbed for DNA, but the lab reports were never turned over to him, despite a judge's order.

For years after, officials in the attorney general's office played dumb when asked about the lab reports. That continued even after Stockley was charged in 2016 with murder in the case. The theory that the ex-cop planted the gun was central to the Circuit Attorney's prosecution, and it hinged on those lab reports that supposedly didn't exist.

When the criminal case confirmed the lab reports did exist — and were potentially trouble for Stockley's claims — Watkins asked to reopen settlement negotiations. In May 2016, the Riverfront Times questioned a spokeswoman for Attorney General Josh Hawley, who had succeeded Koster, multiple times about whether attorneys handling the case knew about the lab reports and failed to disclose that info.

Then-U.S. Attorney Richard Callahan had told us his office was aware of the DNA evidence in 2012. Goldsmith's investigation found that top officials in the Attorney General's office passed the RFT's questions among themselves and ultimately decided to say "to our office's knowledge, no DNA evidence was available."

When the St. Louis Post-Dispatch, Watkins and an attorney from city counselor's office also asked about the disappearing, reappearing lab reports, they were told essentially the same thing.

It was maybe technically true. The Goldsmith report didn't find the lab results in the attorney general's case file, but it says it is clear that assistant attorneys general knew about them and knew what they said.

"Several senior attorneys within the AGO were aware, prior to the issuance of the June 28, 2016 response letter, that the lead AGO defense counsel had been aware of the DNA test results establishing Stockley's DNA on the Taurus revolver prior to the June 20, 2013 Mediation, but had failed to disclose that information in discovery to Plaintiff," the Goldsmith report says.

For one thing, then-Assistant Attorney General Dana Redwing, who was leading the case, discussed the DNA evidence with the police board back in 2013 when recommending the board settle with Smith's daughter.

It wasn't just that the DNA evidence existed, it was that people involved in the investigation knew it was potentially bad for Stockley and the board. There were two swabs. The first was done on the trigger, grip and rough areas of the gun. That turned up DNA only for Stockley. A second swab of a screw from the revolver also came up with the ex-cop's DNA and none of Smith's.

A police investigator later told Goldsmith's team, "The million-dollar question was, 'How was Stockley's DNA evidence on the gun, but the decedent Smith's DNA was not?'"

In the criminal trial, Judge Timothy Wilson rejected the theory that Stockley planted the gun, arguing in part that it was likely Smith had a gun because Wilson's nearly 30 years as a judge had taught him "that an urban heroin dealer not in possession of a firearm would be an anomaly."

Four years earlier, on the civil lawsuit side of the killing, however, Redwing and others saw major problems for their side. She spoke to the police inspector overseeing the investigation to prep him for a deposition. Redwing later told Goldsmith's team she couldn't remember what he told her. At the time, however, she apparently considered it significant.

"In light of the information he provided me, I may have conflicted myself out of the case," she told another assistant attorney general. "It is extremely important that we discuss this matter."

She added that the police inspector "shared some things with me I was not expecting. Unfortunately, I may have conflicted myself out of this case as a result. This case is extremely messy for Stockley and [ ]!!!!"

The state was overseeing the police department back then, so the Attorney General's Office was responsible for representing the board and Stockley. But after the meeting with the police inspector, Redwing stopped representing the ex-cop and another assistant attorney general was brought in for that part of the case.

The police inspector told Goldsmith's team he couldn't remember the meeting with Redwing, either, but he had probably talked to her about the DNA evidence.

Redwing, who is now in private practice, has denied doing anything wrong.

A federal judge eventually agreed to reopen mediation in the civil case, and Watkins negotiated an additional $500,000 payout in the case.