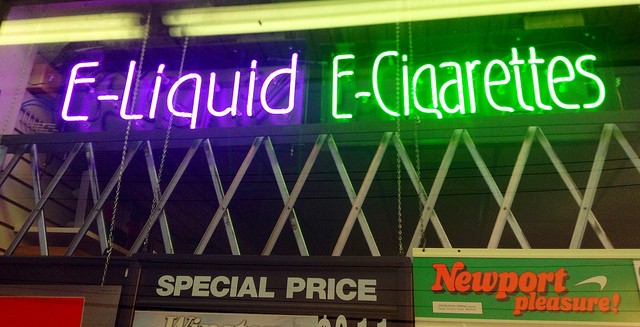 A Missouri man in his mid-40s died this week at Mercy Hospital in what health department officials say is the first vaping-related death recorded in the state.

The man, whose named wasn't released, had suffered increasingly bad respiratory problems since he began vaping, and his weakened lungs caused his heart to fail, officials say.

"This is an unfortunate case of a young man with no prior lung illness who started vaping because of chronic pain issues," Dr. Michael Plisco of Mercy Hospital said in a news release. "He started out with shortness of breath, and it rapidly progressed and deteriorated, developing into what is called acute respiratory distress syndrome. Once the lungs are injured by vaping, we don't know how quickly it worsens and if it depends on other risk factors."

The Missouri Department of Health and Senior Services now requires physicians to report possible vaping-related lung illnesses. Since August, doctors have notified the state of 22 possible cases. Seven have been confirmed under Centers for Disease Control guidelines, but this was the first death.

Officials say the man began vaping just four months ago, in May. He soon began having problems and was hospitalized in August, and then transferred on September 4 to Mercy, where Dr. Plisco runs the hospital's extracorporeal membrane oxygenation (ECMO) program. They tried an ECMO to support his heart and rest his lungs, according to the news release.

"Unfortunately, because ECMO doesn't fix the problem and only buys time for healing, it didn't work in this case," Plisco said. "Due to the nature of this critical illness, acute respiratory distress syndrome ultimately led to his death."

Doctors have yet to pinpoint what about vaping causes the problem, although they suspect it is related to chemical exposure.

"We are sad to report that this illness associated with vaping has now resulted in a death in Missouri and extend our condolences to his family," Dr. Randall Williams, director of the state health department, said in a statement. "As previously stated, we encourage Missourians to follow CDC guidance to refrain from using e-cigarette products if you are concerned about these specific health risks, especially while the investigation is ongoing."