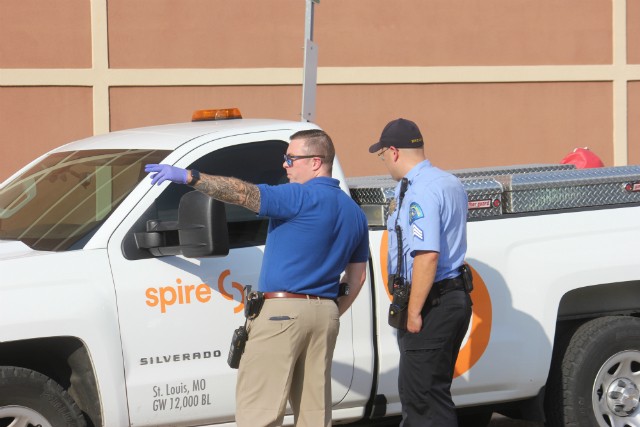 A mystery man stole a pickup from utility company Spire, and then raced through the afternoon traffic while a news helicopter followed overhead, broadcasting the action live.

The chase wound through Illinois and parts of St. Louis city and county. Shortly before 4:30 p.m., the driver slowed in the 3300 block of Locust Street, parallel parked behind a dumpster and strolled down the block.

A KMOV news chopper was still filming from overhead as the man wandered. A full minute passed as he walked west past SLU's Robert May Hall and then began to cross Locust on a diagonal. That's when two unmarked police cars raced up and officers ordered him to the ground.

The man, dressed in a red jersey and black sunglasses, complied and was taken into custody.

Within minutes, news reporters were pulling into the neighborhood. By then, the man had been loaded into a police arrest van. Mostly obscured by the thick window glass and metal cage, he sat in the back, seemingly calm as he peered out at the reporters trying to peer in. Nearby, investigators chatted and examined the truck.

An officer on scene told others the man had refused to tell them his name.

Spire says the truck had been stolen this afternoon from its Shrewsbury site and they were working closely with law enforcement to provide info about the vehicle. KMOV reported the company had been tracking it by GPS as it zigzagged across the Metro.

The truck appeared no worse for the wear. After the man parked it, but before he walked away, he gently closed the door and gave it a pat. 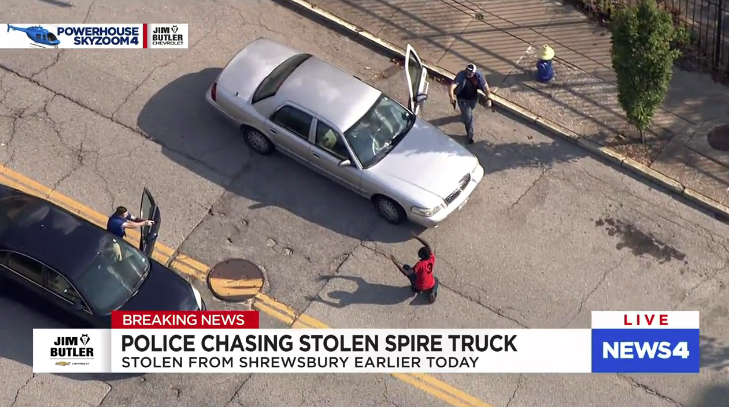