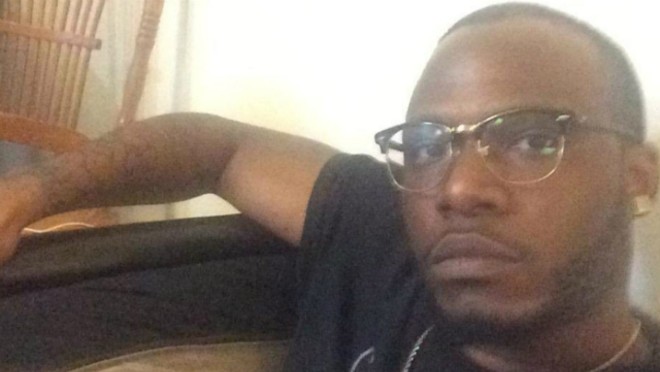 Update: Police have identified the man who was killed as Cortez Shepherd, 28, of the 1900 block of Thirteenth Street. Original story continues below.

Chief John Hayden says officers confronted the man about 12:50 a.m. as he sat in his vehicle with a seven-year-old girl in the 3900 block of Garfield, which is in the Greater Ville neighborhood.

"This area is known for heavy drug activity," Hayden told reporters this morning. "The officers always patrol this area to deal with that activity."

Multiple people were around the vehicle, and when officers approached, they saw marijuana on the man's lap, the chief says. They ordered him to get out of the vehicle, and ultimately pulled him out when he refused. When they started to search him, he fought back, Hayden says.

During the struggle, the seven-year-old girl bolted out of the car and ran to her mother, who was nearby, according the chief.

The man, whose name wasn't released but is in his twenties, started to pull a revolver from his pocket, Hayden says. One of the officers shot the man once in the chest. An officer in the area rendered first aid until EMS arrived. The man was taken to the hospital and soon died.

Police recovered the revolver, which was fully loaded, at the scene, police say.

The officer who fired the fatal shot is 28 years old with three years on the force. The other officer is 24 years old and has been with the department for two years. Neither officer's name was released.

Correction: An earlier version of this story incorrectly reported that police alleged the man was dealing marijuana. A spokesman for the department clarified that police know only that he was in possession of marijuana. It has also been updated to reflect where the revolver was recovered.