Update: The FBI got the tips. St. Louis police and the FBI Safe Streets took McKee into custody on Thursday morning in St. Louis.

The FBI is looking for info on a bank robbery suspect. But that would run counter to the command tattooed on the man's chest: "Stop Snitch'n."

Shayne McKee, 37, was part of a two-man crew that held up the St. Louis Community Credit Union in Jennings, authorities say. He and his partner are alleged to have entered the bank around 11 a.m. on May 5, 2018 with their guns drawn. Authorities say McKee was wearing a construction vest and ski mask.

The robbers ordered a teller to give them cash, and once they had it, they ran off on foot, St. Louis County police said in 2018. 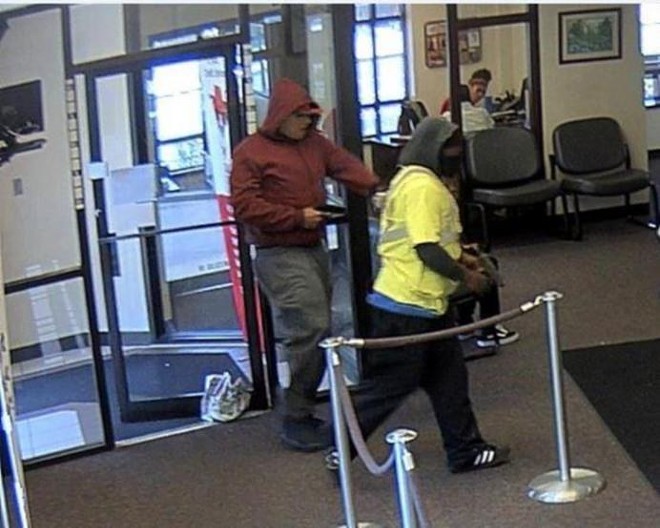 This morning, the FBI sent out a "Wanted" poster of McKee, including a physical description: He's five foot four, 135 pounds, and along with the "Stop Snitch'n" tattoo on his chest, he has "Pitbull" and "RIP Chewy" inked on his back. He also has "Terry" with a heart on his neck, another "Pitbull" on his right shoulder and "Shirley" with a flower on his right wrist, the FBI says.

There is now a federal warrant for his arrest, and the FBI warns he should be considered armed and dangerous.

So if you know something — and aren't inclined to abide by McKee's tattooed order — the FBI would like you to contact the agency's local office.