The RFT Has a New (and Familiar) Managing Editor 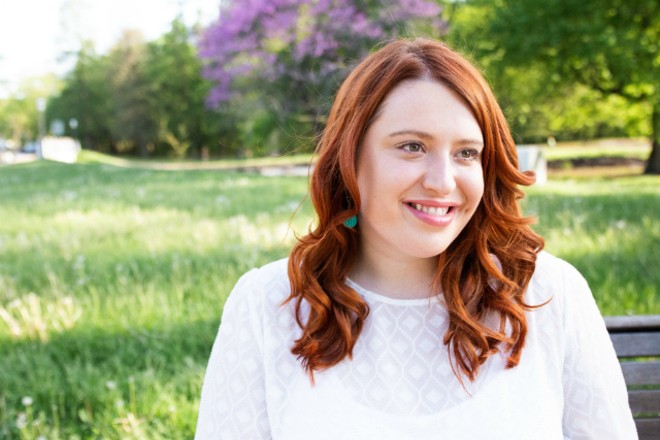 We've been sitting on this news, but we're happy to finally announce that we're welcoming a familiar face to the Riverfront Times: Liz Miller is returning to the paper as our managing editor after more than six years editing Feast Magazine.

Miller starts on Tuesday (hey, it's a three-day weekend) and will add a ton of talent and experience to a smart and seasoned staff.

At Feast, she's become a razor sharp journalist and leader, expanding the food-and-drink publication's coverage from its home base in St. Louis across the entire state of Missouri, southern Illinois and eastern Kansas. In 2015, she was recognized by Folio Magazine on a nationwide list of "30 under 30" journalists.

As Feast's editor in chief, she has directed all print content for the magazine, and her feature writing has won awards and nominations from the Association of Food Journalists, Folio Magazine and the Great Plains Journalism Awards.

“St. Louis has a vibrant and thriving food-and-drink scene and I’ve loved reporting on it for almost eight years,” Miller says. “At the heart of that work has always been stories about people — the people who grow our food, brew our beer, distill our spirits and dedicate their lives to feeding us. Food is a lens through which we can view St. Louis, one another and our culture — it’s essential and exciting, but also political, nuanced and sometimes messy. I’m incredibly excited to share that holistic view of the industry at the Riverfront Times.”

As you might have guessed, Miller will lead our food coverage but expect to see her branch into other topics as well, including news, politics, arts and music.

“Like so many of us, food is just one of my passions,” Miller says. “I’m thrilled to expand my daily work into other topics, as well, and report on the St. Louis area as a whole. We’re living in a critical time for trustworthy, well-reported local journalism, and to me, no one is doing that work with more passion and honesty than the Riverfront Times.”

Starting Tuesday, you can reach Miller at liz@riverfronttimes.com.