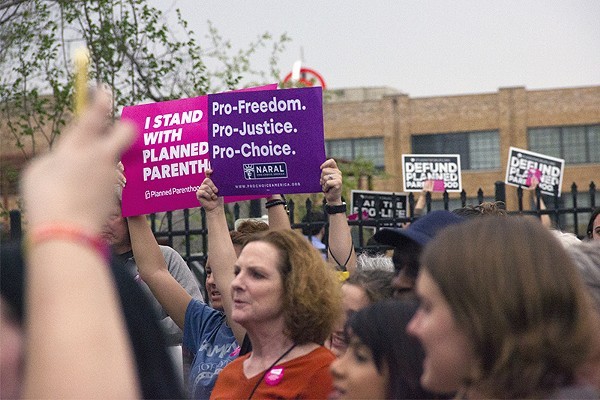 A federal judge ruled today that a new Missouri law that bans abortions at or after eight weeks will not take effect tomorrow as scheduled.

During a court hearing yesterday, Planned Parenthood and the American Civil Liberties Union asked Judge Howard Sachs to block the legislation with a temporary restraining order until a legal challenge against the ban is decided.

The Missouri law, known as HB 126 or the "Missouri Stands for the Unborn Act" would’ve imposed an outright ban on abortions after eight weeks gestation in the state of Missouri except in cases of medical emergencies. The bill did not include any exceptions for rape or incest.

If the bill had been allowed to go forward tomorrow, Missouri would’ve become one of the hardest states in the whole country to get an abortion. The state only has one abortion clinic, and potential patients would’ve had to recognize their early pregnancy, traveled to that one clinic in St. Louis’ Central West End, and then wait the required 72 hours all before the eight-week mark.

Judge Sachs granted the restraining order against the ban today. KCUR reports that he "issued a preliminary injunction blocking all parts of the law, except a 'non-discrimination' section banning abortions on the basis of race, sex or Down syndrome."