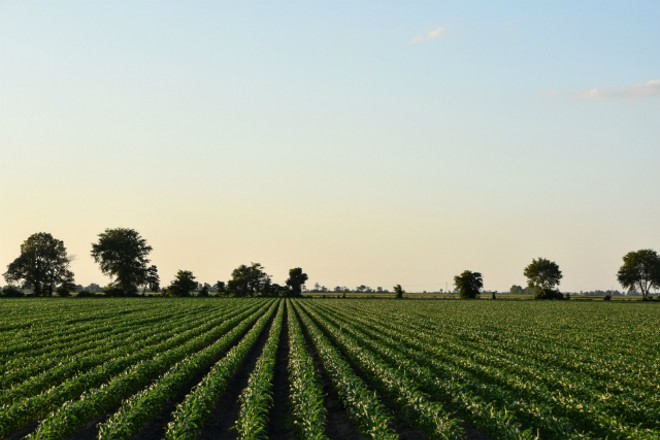 A high-flying Missouri farmer committed suicide days after a federal judge sentenced him to more than a decade in prison for orchestrating what is believed to be the largest organic grain scam in United States history.

For years, Constant bought amounts of non-organic grain and sold it as organic for massive profits. Federal prosecutors eventually calculated he was involved in at least $142 million in sales between 2010 and 2017, accounting for seven-percent of the comparable organic corn market and eight percent of the organic soy bean market in the United States.

Authorities nicknamed the scam the "Field of Schemes."

An investigation by the U.S. Department of Agriculture and FBI, unearthed not only stunning amounts of fraud but humiliating details of Constant's personal life. The northern Missouri-based farmer frequently jetted off to Las Vegas, where he spent lavishly on hotels, gambling and escorts, according to federal authorities.

Constant, who was married, had sexual relationships with three Las Vegas women, paying two of them more than $225,000 over the years, prosecutors say. Investigators found that he shared a bank account with one of the women, paying for her car, international travel and breast enlargement surgery.

Constant pleaded guilty to wire fraud last year. On Friday a federal judge in Iowa sentenced him to 122 months in prison and ordered him to forfeit more than $120 million in illicit profits. Three Nebraska farmers who supplied him with the non-organic grain were sentenced the same day to prison terms of two or fewer years in prison and ordered to forfeit $1 million each.

Constant remained free after the sentencing under and agreement that would allow him to self-report to prison in the future.

Few details of his suicide have been revealed. The coroner told the Associated Press only that it was a "self-inflicted situation" and more information would be released in the future.