Illinois Students Use Racial Slurs and Call For Return of Slavery, KKK in Viral Video 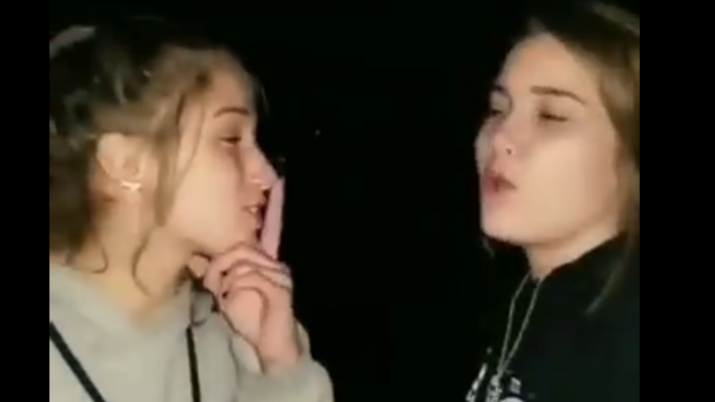 An Illinois woman is out of a job this week after a video surfaced on the internet in which she and her friend repeatedly use the N-word while calling for the return of slavery and the KKK.

"We hate n*ggers," Macy Castleman and Jayde Landers declare in unison at the start of the video, with Castleman going on to explain, "because they smell and they don't work, so we should bring back slavery to whip them n*ggers. Bring back the KKK. Woooo!"

"Shhhh, people like black people sometimes," Landers replies, and then the video ends.

Heavy reports that the incident took place in Farmersville, Illinois, about an hour north of St. Louis. The video was apparently originally filmed in October of 2017, according to an investigation by the Auburn Community Unit School District, where Castleman previously was a student and Landers is currently a senior. It was uploaded to the internet on August 9, and has since spread across social media like wildfire, drawing widespread condemnation.

A woman named Gabbi Goldsborough, who apparently knows Castleman, shared the video on Facebook, along with screenshots from a text conversation with her. In it, Castleman says the "video seems pretty self-explanatory" and then claims it was from "like three years ago" and she doesn't remember it at all. "I have black people in my family," she goes on to say. "Clearly don't feel that way, so you can chill. Also it was an inside joke with my best friend. But feel however you want to feel about it."

Auburn High School took to Twitter to condemn the video, writing “The behavior of the two individuals in the video does not represent the views of our school or our community – what we teach or how we act in our school. There are policies and procedures in place which will be followed for any students involved.”

According to Yahoo Lifestyle, Castleman was a nursing student at Lincoln Land Community College at the time the video was filmed, though she has since left. Charlotte Warren, that school's president, wrote a statement on Facebook that reads, in part, “Discrimination, harassment, and/or intimidation of students, employees and other individuals at any College facility or in connection with any College activity are taken seriously. If this situation involved a current student at LLCC, then it would be investigated and adjudicated per the policies and procedures of the College.”

Castleman was found to be employed by a Springfield senior-living facility called Concordia Village. She was fired over her involvement in the video.

“A disturbing video posted on a personal social media account by a former employee over the weekend has come to our attention,” the company posted on Facebook. “We are disappointed by the personal views expressed by this former employee and regret the adverse attention it has brought upon our community. We have addressed the situation with the employee according to our personnel policies and that individual is no longer employed by Concordia Village or Lutheran Senior Services."