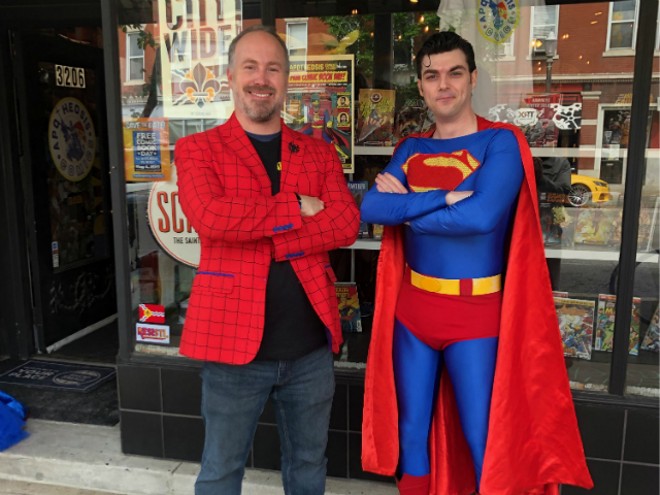 Martin Casas learned some terrible news a week ago — his entire personal collection of 3,000 comic books had been stolen.

Thieves had clipped the lock on his storage unit at Public Storage off Third Street and hauled away ten boxes of comics unnoticed. Casas was with his daughter when he arrived to survey the loss. He tried to play it cool for her sake, but he was furious.

"I was boiling on the inside, seething," he says.

His collection's value was more sentimental than financial, marking milestones of the past thirty years of his life. He had kept comics from the year his daughter was born and the year he was married. The book his stepmother gave him after his dad died had been in those boxes. Now, they were all gone.

Police were initially stumped. Casas says they told him there had been a series of storage unit burglaries lately, but no one had been arrested. In his case, he had rented the locker to clear some space while renovating his home and only learned after the theft that his unit was in a part of the facility that was not covered by surveillance cameras.

The thieves left behind his old dresser and an exercise machine. On the ground, Casas spotted his ruined Master Lock.

Still, he was hopeful about seeing his comics again. One summer, his Dodge Caravan was stolen four times, and it was recovered four times, he says. His house had also been burglarized in the past, and he got his stuff back that time, too. The comics, he knew, would be tougher to trace.

"All that stuff had serial numbers," he says of his past stolen possessions. "This was like 3,000 pieces of paper."

Working in Casas' favor was a relatively new business venture. More than a year ago, he opened Apotheosis Comics & Lounge (3206 S. Grand Boulevard, 314-802-7090), a combination comic book store and bar. After the theft, Casas told his staff that if anyone called with an offer to sell a collection, tell them he was definitely interested.

Sure enough, a Chesterfield woman called within days of the storage locker burglary and asked if Apotheosis might want to buy a box of her comics. Encouraged by a store employee, she dropped off the box on Thursday for review and left her name and phone number. Casas arrived shortly after she left to see what she had brought. As soon as he saw the box, he knew.

He had written "Cap" on the side, designating it as a box of Captain America comics. Inside, he searched for one particular comic, the third installment of the Captain America Truth series. He had gotten it years ago and knew his copy had a small red mark on the corner.

He called the cops first, and then the woman. She apparently had no idea she was trying to sell the comics back to their rightful owner, so Casas played dumb.

"This is a great collection," he told her on the phone. "You've got at least a couple hundred dollars in comics there."

He arranged a meeting for 10 a.m. the next morning, Friday. But before he hung up, he asked if she might have any more, as he was interested in buying whatever he could for the shop. In fact, she said, she had recently come into a lot of comics.

"Me and my boyfriend, we do storage units," she said, according to Casas.

It was a long night for the comic book store owner. He quickly found Facebook pages for the woman and her boyfriend and discovered mountains of items for sale.

"It was the most random shit you've ever seen," Casas says.

There were used Jordans, tires on 20-inch rims, Louis Vuitton handbags, crystal candy dishes and an antique cash register. The boyfriend, a 46-year-old ex-con who calls himself "Wicked," posted a 300-piece toy car set for the low price of $350.

"No low ballers this isn't my first time selling hot wheels," he wrote. "I know there value and priced well below it."

On Friday morning, Casas and police from the department's burglary unit arrived early at Apotheosis and waited for the woman to arrive. One officer hid upstairs while another ducked into the basement. Everyone was in place when the woman called to say she was having car trouble and wouldn't be able to come until 2 p.m.

Casas tried to remain casual about it and told her to call when she was on her way, so he could be sure he was there. Finally, that afternoon, she notified him she was heading his way from Chesterfield. She would be there in 45 minutes.

Once again, police officers stationed upstairs and in the basement while Casas manned the counter. Eventually, the door to the shop opened, and in walked the woman while her boyfriend waited outside.

"I had to pretend I didn't know who this person was, even though I'd been obsessively looking at her Facebook page for the last 24 hours," Casas says.

He asked about the other boxes of comics, but she said she wanted to see how this deal went before she committed to selling more. It was about this time that the officers sprang out of their hiding spots, guns drawn. A third officer took the boyfriend into custody outside.

A little unsure about what to do, Casas ushered away incoming customers, offering to buy drinks if they came back later. Cops sat the woman at a table in the back of the shop, questioning her as a cardboard cutout of Batman glowered over the scene.

Casas says he felt a little bad for her and the boyfriend. (The RFT isn't publishing their names because they hadn't been charged with a crime as of press time.)

"No one ever wakes up and says, 'I want to grow up and break into storage units,'" he says.

He is not sure whether it was the woman or the boyfriend, but one or both of them eventually told police where they could find the rest of the stolen bounty. Not only did they have the rest of Casas' comics but also piles of items that detectives were able to identify from other burglary cases.

That Friday night, police called Casas and told him he could come pick up the rest of his collection from a police precinct. He still can hardly believe that it worked out so well.

He says, "It was absolutely the most bizarre 24 hours of my life." 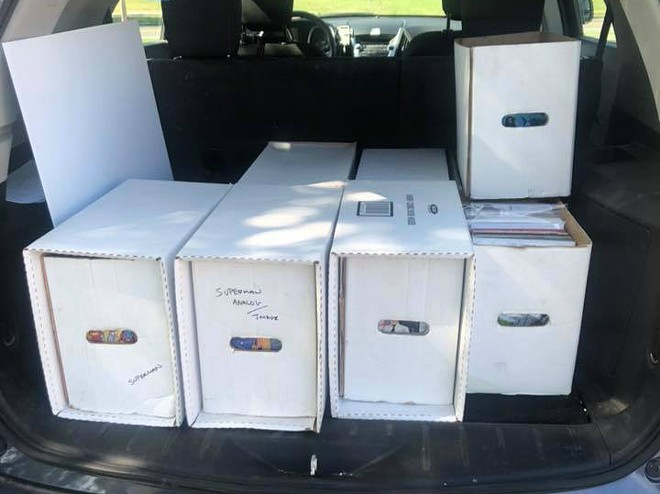 Correction: An earlier version of story included the incorrect day of the comic book drop off. We regret the error.