Five Years After Ferguson, Jeff Roorda Is Still a Dick

In the five years since Michael Brown was killed by Ferguson police officer Darren Wilson, a lot has changed.

Former protesters have harnessed the power of street marches and turned it into political power. Black Lives Matter has became a movement with echoes still sounding across the world. And police reform, while not even close to complete, is at least a steadfast part of the national discussion.

But not everything has changed: Jeff Roorda is still a dick.

The mouthpiece of the St. Louis Police Officer's Association decided to mark the fifth anniversary of Brown's death with a Facebook shoutout to the cop who killed him. 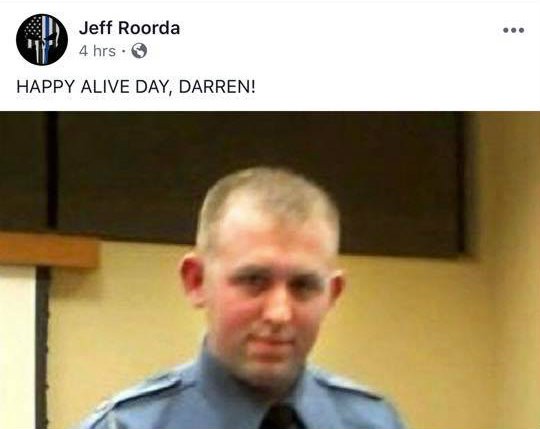 Roorda is a longtime Wilson fanboy, sporting an "I am Darren Wilson" wristband in public appearances after the fatal shooting. He also penned a book, Ferghanistan: A War on Police which boasts exclusive interviews with the former cop. (Roorda promised a portion of the no doubt ample profits of the page turner to Wilson.)

So here he is again — on a day that saw memorials and reflection and genuine grasping for a better way forward — proving he's the same old Roorda.