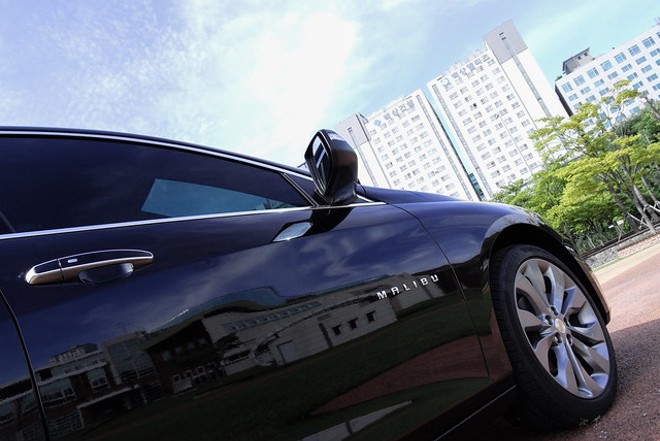 If you drive, say, a newish Chevrolet Malibu, and live in west county, now would be a good time to make sure it's locked and you have the key.

St. Louis County police say they're handling an unusually large number of car thefts this year — and many could be prevented.

"These aren't people sticking a screwdriver in the ignition or hot-wiring them," police Sgt. Benjamin Granda says.

That's because the cars most often targeted by thieves this year are newer models, equipped with all the impressive advances in anti-theft technology of recent years. Often, the vehicles don't need keys at all, just a fob that needs to be in close proximity for a push-button ignition to work. So a little detective work leads police to believe more than a few people are leaving those fobs laying around in their vehicles.

"These cars have the technology," Granda says. "It's just not being used."

Through July 31 of this year, county police have recorded 746 auto thefts. That's 110 more than last year during the same time period. West county's numbers — 33 reports so far — have nearly doubled.

Overall, thieves' top-five favorite cars to steal in the county are Malibus, Toyota Camrys, Nissan Altimas, Hyundai Sonatas and Chevy Impalas, according to police records. And four of the five most-popular manufacturing years for stolen cars are all within the past six years. (For some reason, a bunch of 2006 models have also been stolen this year. The heart wants what it wants.)

Granda says police are doing what they can, but car owners could make it a little tougher for car thieves.

"A lot of this," he says, "is probably preventable crime."